Mount Roosevelt – Riding in the Trail of Legends 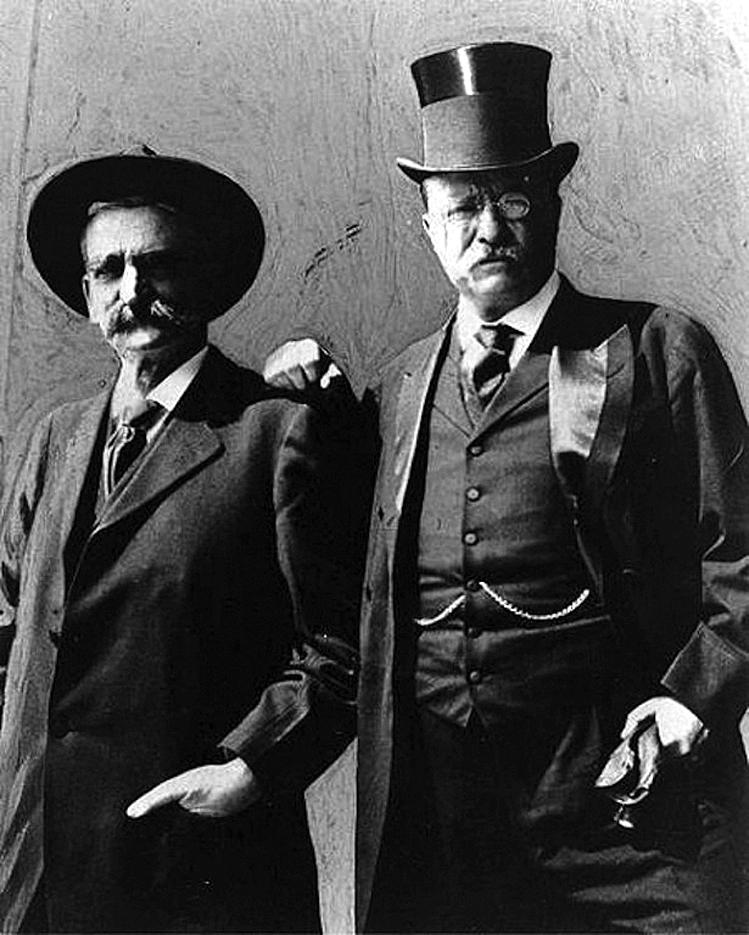 North of Deadwood, South Dakota in the Hills lies Mount Roosevelt and several trails with great vantage points along the way to ride a new Roxor up from Mad Peak Lodging and Roxor Rentals. High atop Mount Roosevelt is the Friendship Monument built by Captain Seth Bullock to pay homage to the lifelong friendship he maintained with Theodore Roosevelt. 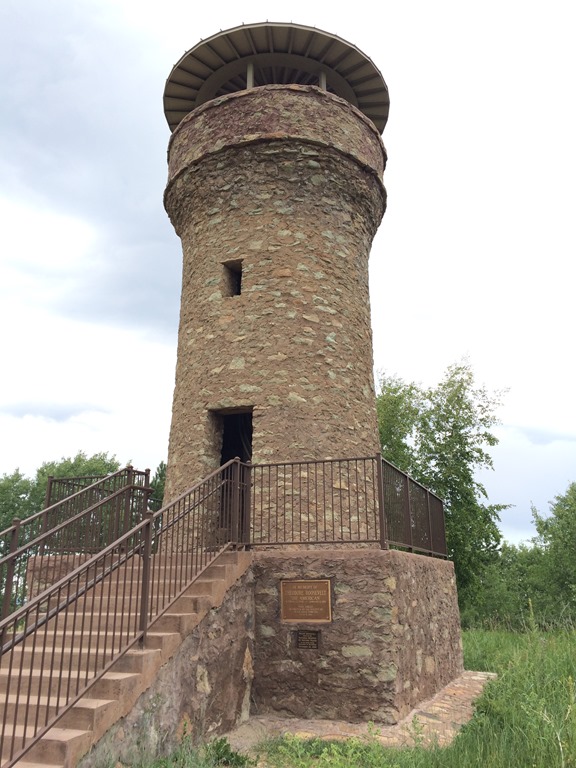 According to the US Forest Service, “While riding on his Belle Fourche ranch in 1884, Seth Bullock, now a Deputy US Marshall, saw three horsemen riding across the plains. He stopped the party as, “they looked like a tin-horn gambling outfit.” Two men were bringing in a horse thief wanted in Dakota Territory. One of the men, a Deputy Sheriff from Medora, North Dakota, was a 26-year-old rancher named Theodore Roosevelt. This chance meeting was the beginning of a very close 35-year relationship between the two men.”

Marshall Bullock became ‘Captain’ Bullock by recruiting 84 men from the Black Hills to serve under Theodore Roosevelt in his Rough Riders during the Spanish-American War, although the regiment did not muster in time to see any action prior to the war’s conclusion.  According to Theodore Roosevelt Center at Dickinson State University, “After Roosevelt’s death in January 1919, Bullock worked with the Society of Black Hills Pioneers to commemorate his friend. He selected a site three miles north of Deadwood on Sheep Mountain, which was renamed Mount Roosevelt, and supervised the construction of a thirty-five foot tower on the summit. Around one thousand people attended the dedication of the Mount Roosevelt Friendship Monument on July 4, 1919.” 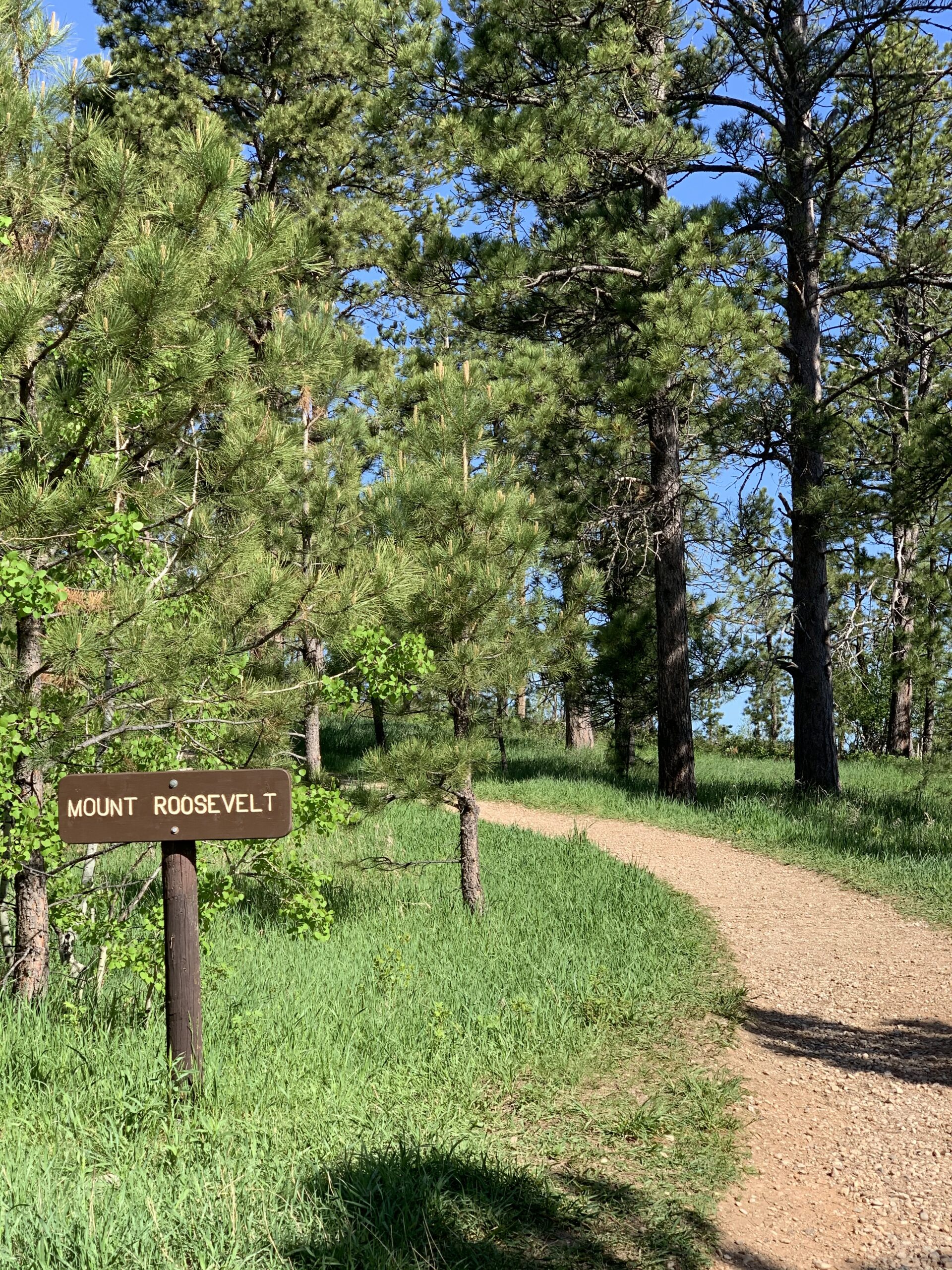 Walking Trail leading up to the Friendship Monument atop Mount Roosevelt.

There is a well marked restroom facility and parking lot along with informational displays near the summit. The walking trail to the monument leads up a relatively gentle slope and is about a mile round trip. 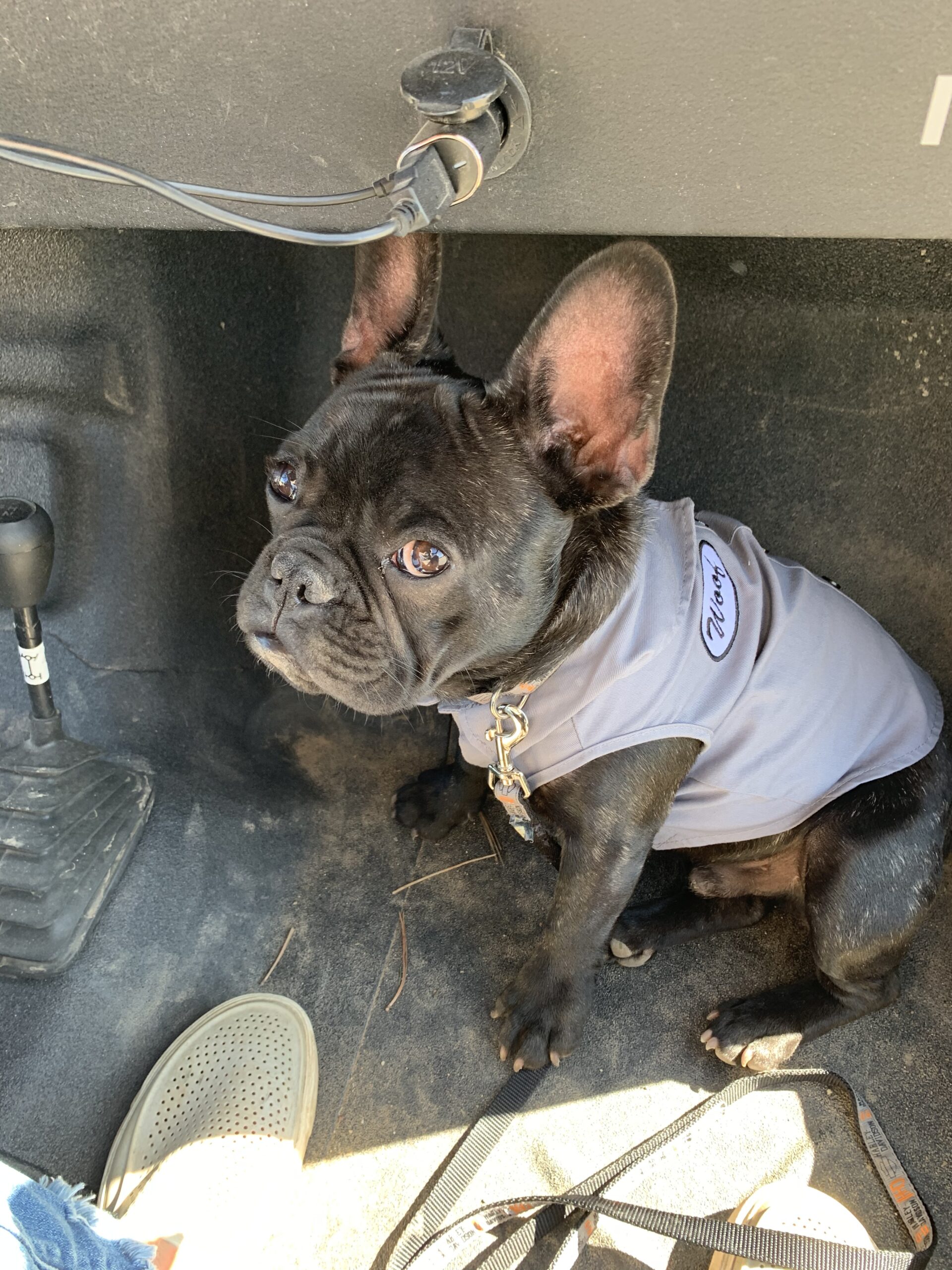 Pig the Bulldog says NO to the mile hike when he has a Roxor to ride in!

The roads leading up to the summit parking area on Mount Roosevelt have some great hills to climb that are practically made for Roxor power to crawl up the rocky inclines. What awaits at the top are some amazing views of the surrounding Northern Black Hills. 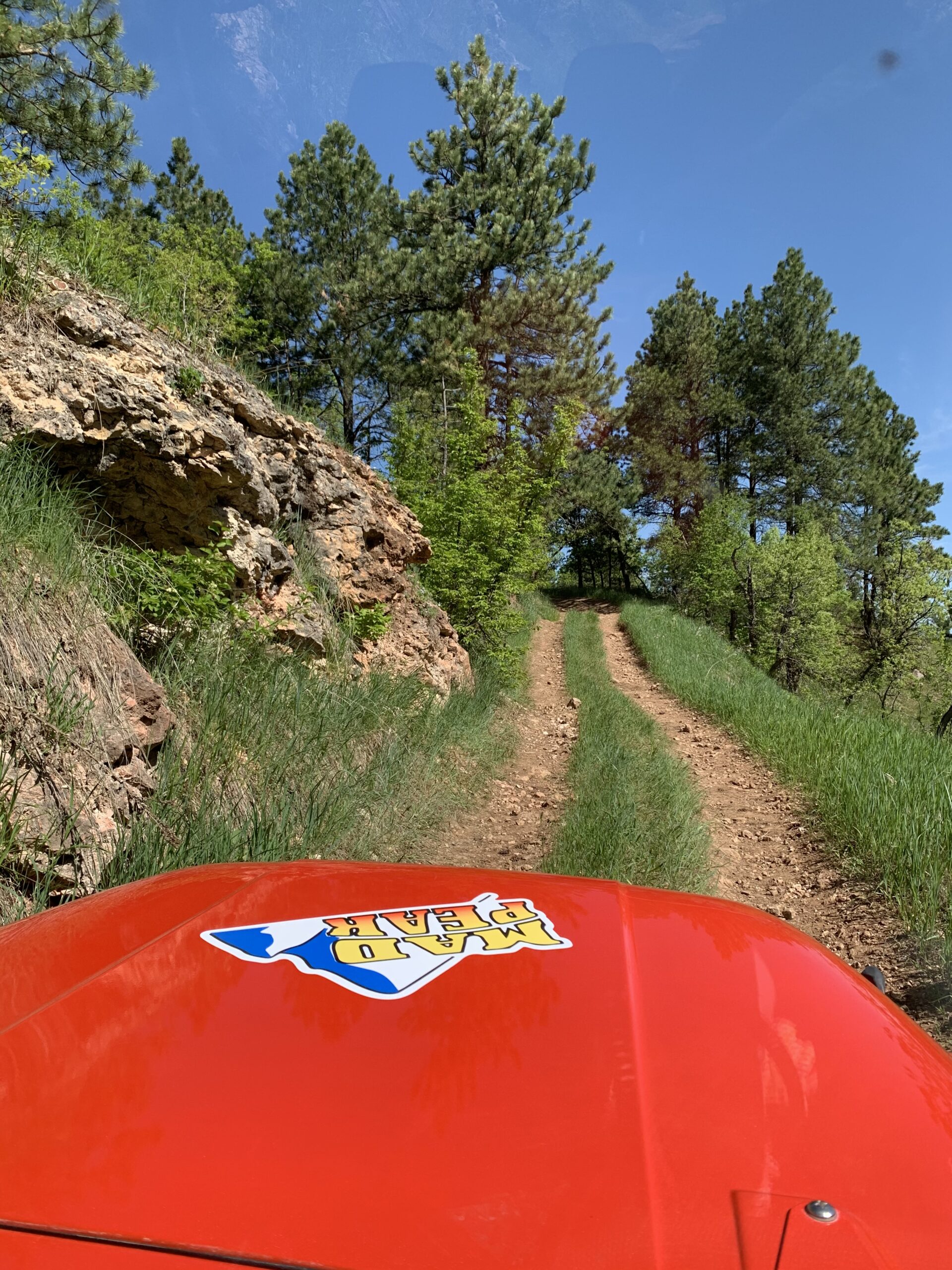 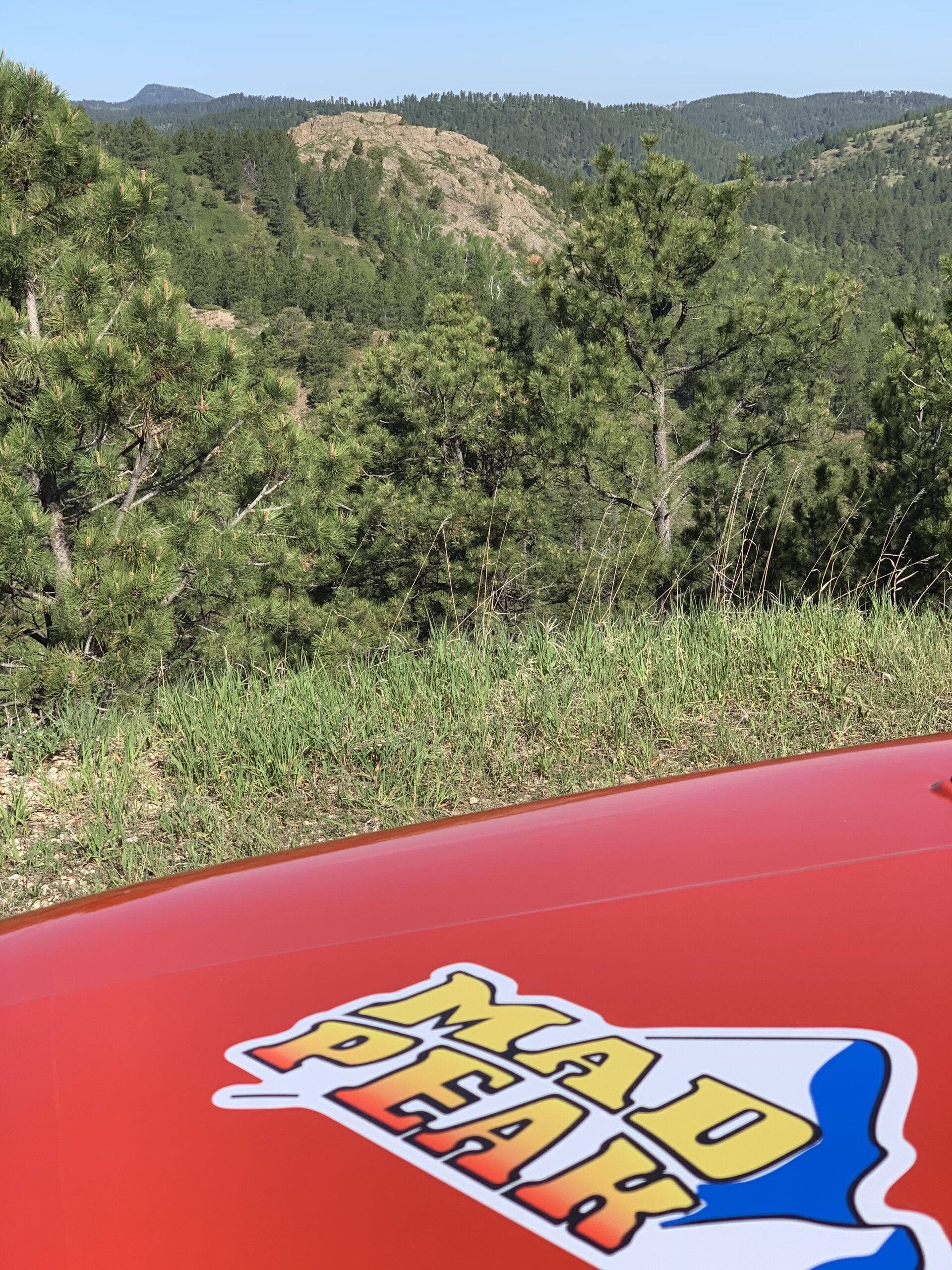 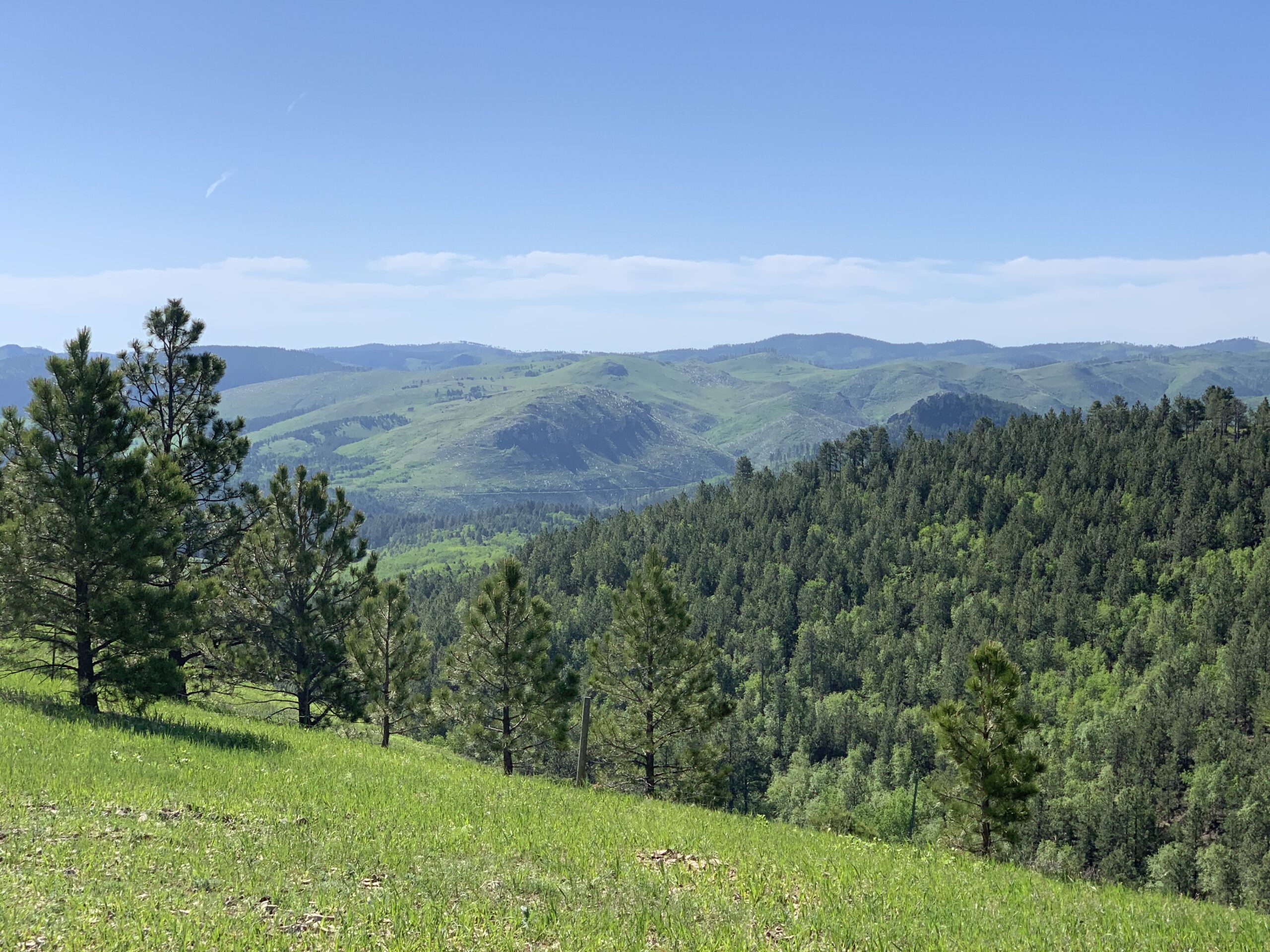 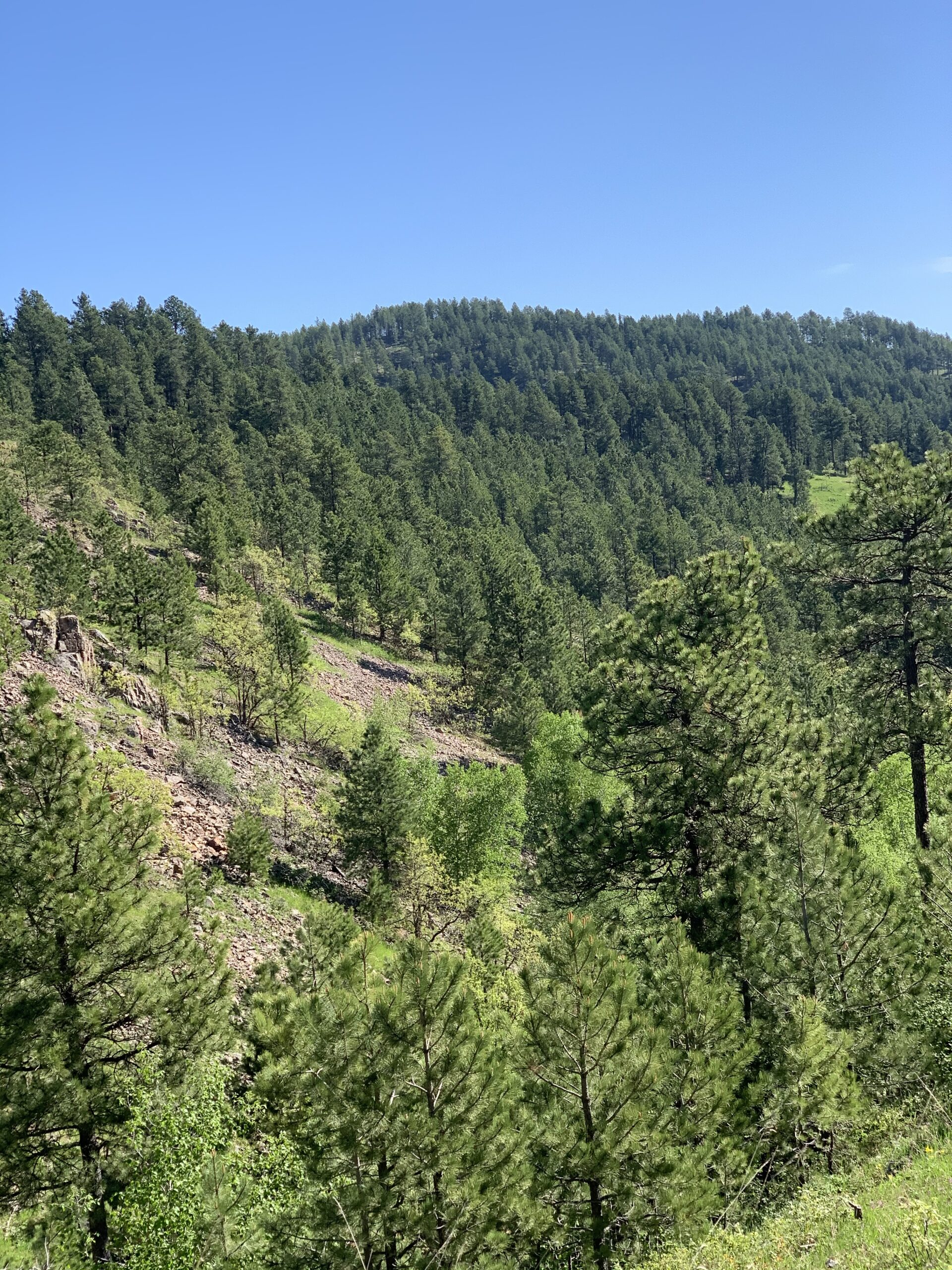 There is nowhere else on earth quite like these Black Hills of South Dakota. Sometimes you almost forget what century it is when you are up in them, and the only other souls around you are those of legends like Seth Bullock and Theodore Roosevelt. We at Mad Peak Lodging and Roxor Rental challenge you to find a more comfortable way to reach as many seemingly impossible to reach mountaintop vistas than on a four seat Roxor. We have the Roxors, lodging, trail maps preloaded on electronic devices, and helmets for the kids. Isn’t it time you planned your next family adventure and discovered some old legends and new horizons of your own? Contact us today to schedule lodging and an awesome family riding experience on the 3,500 miles of Black Hills trails in one of our four seat Roxors. 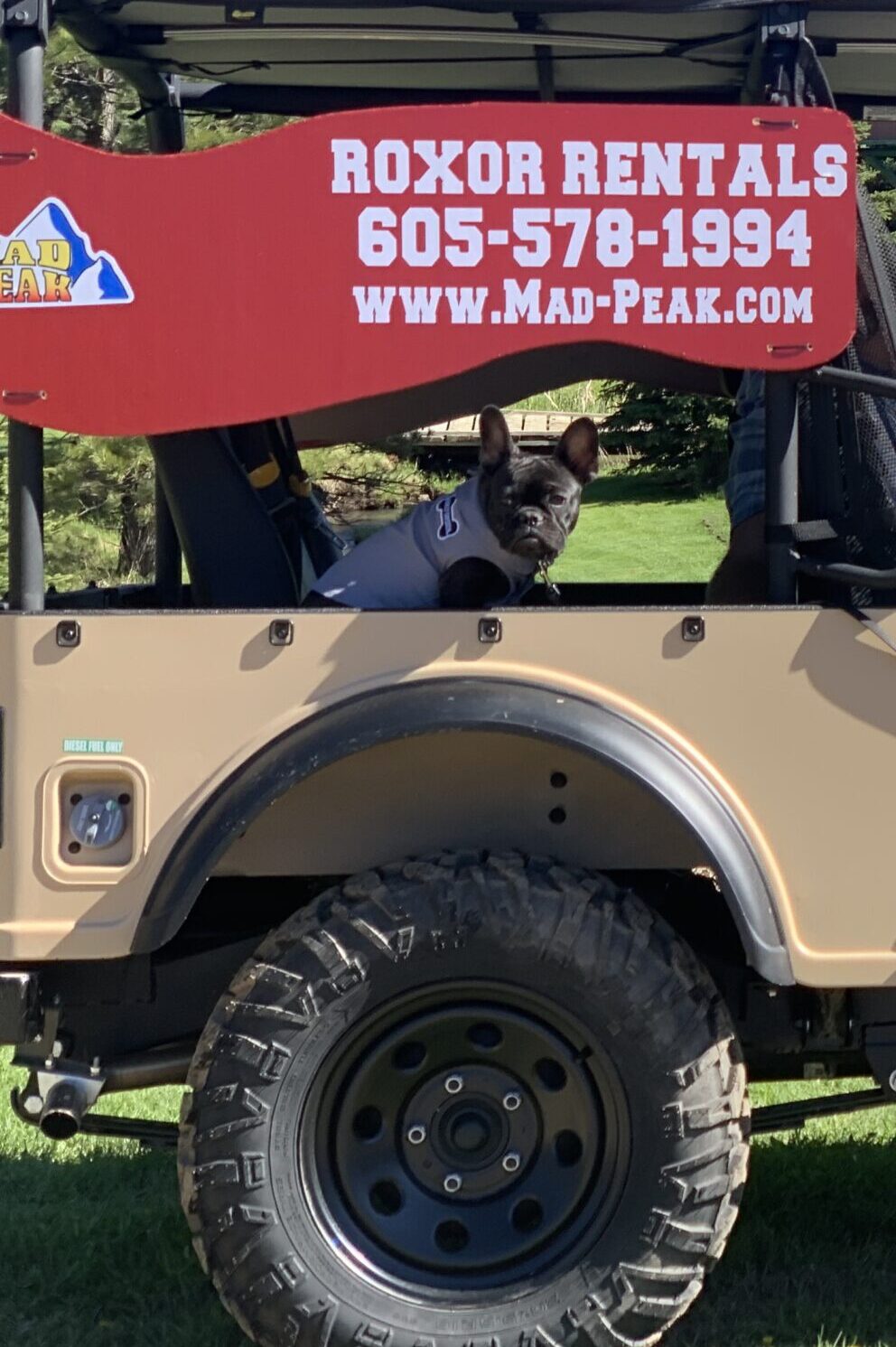 You might not see Bullock’s ghost while you’re here, but you can meet the living legend, Pig the Bulldog, and get his Paw-tograph!