Finding Lost Gold in the Black Hills of South Dakota

On our freestyle return the other day from Custer Peak, we allowed ourselves to get lost on the trails by putting away our map and turning off our GPS from Mad Peak Lodging and Roxor Rental, and just let the Roxor find a way through the maze of trails to the South. It was a most happy accident that we ended up in the tiny unincorporated mining town of Rochford, and we found more trail heads on the road between Rochford and Highway 385 than we could count. 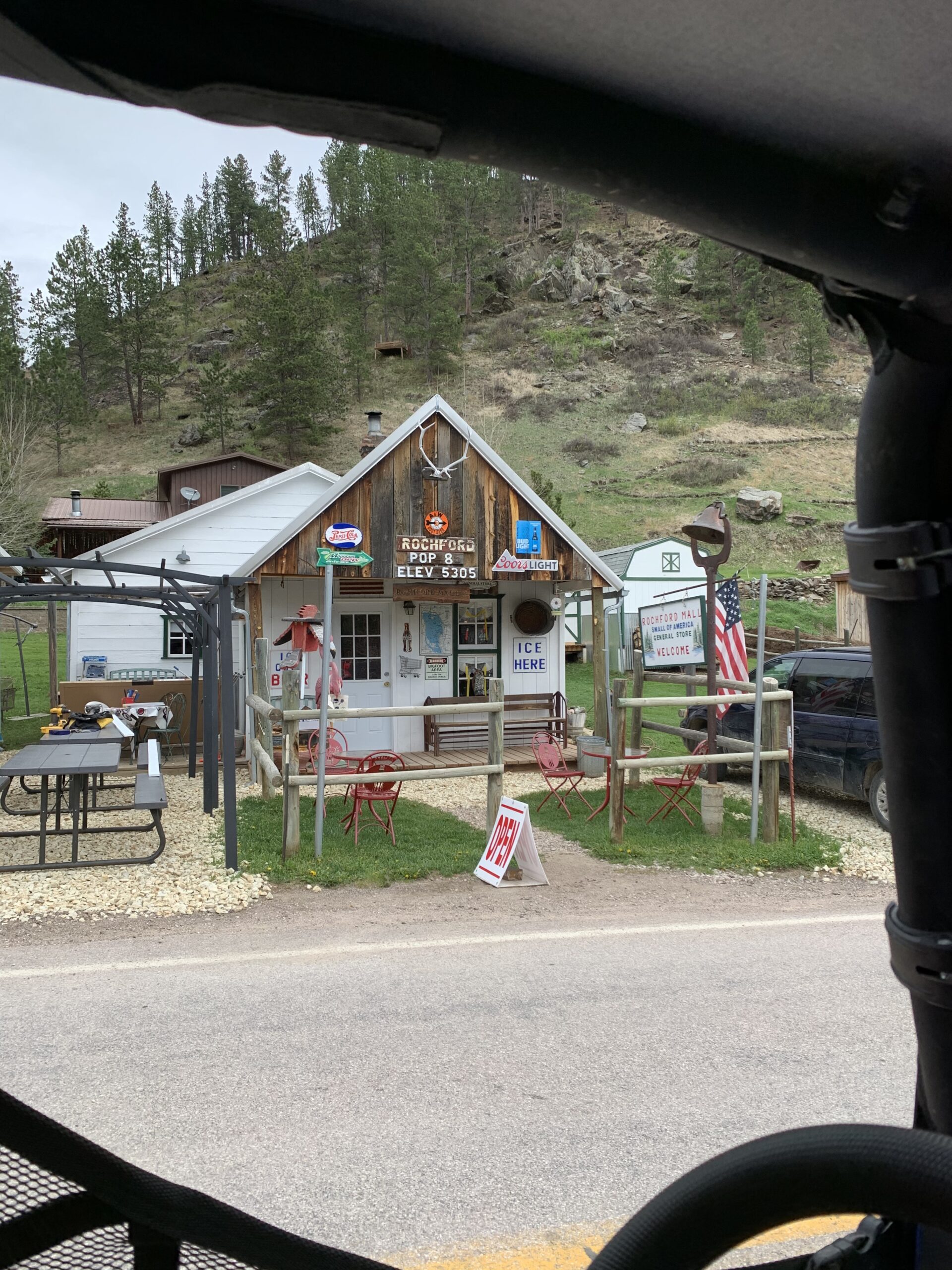 We were excited to return to the area and take a Roxor on some of the trails, but we simply could not bring ourselves to do it without doing some research on the history of the area first. We were planning on writing a blog about how Rochford had been founded in May of 1878, and how, among other things, according to the Daily Press and Dakotaian of November of 1878, “the people of Rochford, Black Hills, being uncertain as to whether they belonged to Lawrence or Pennington County, made themselves safe by voting for the candidate for each county.” 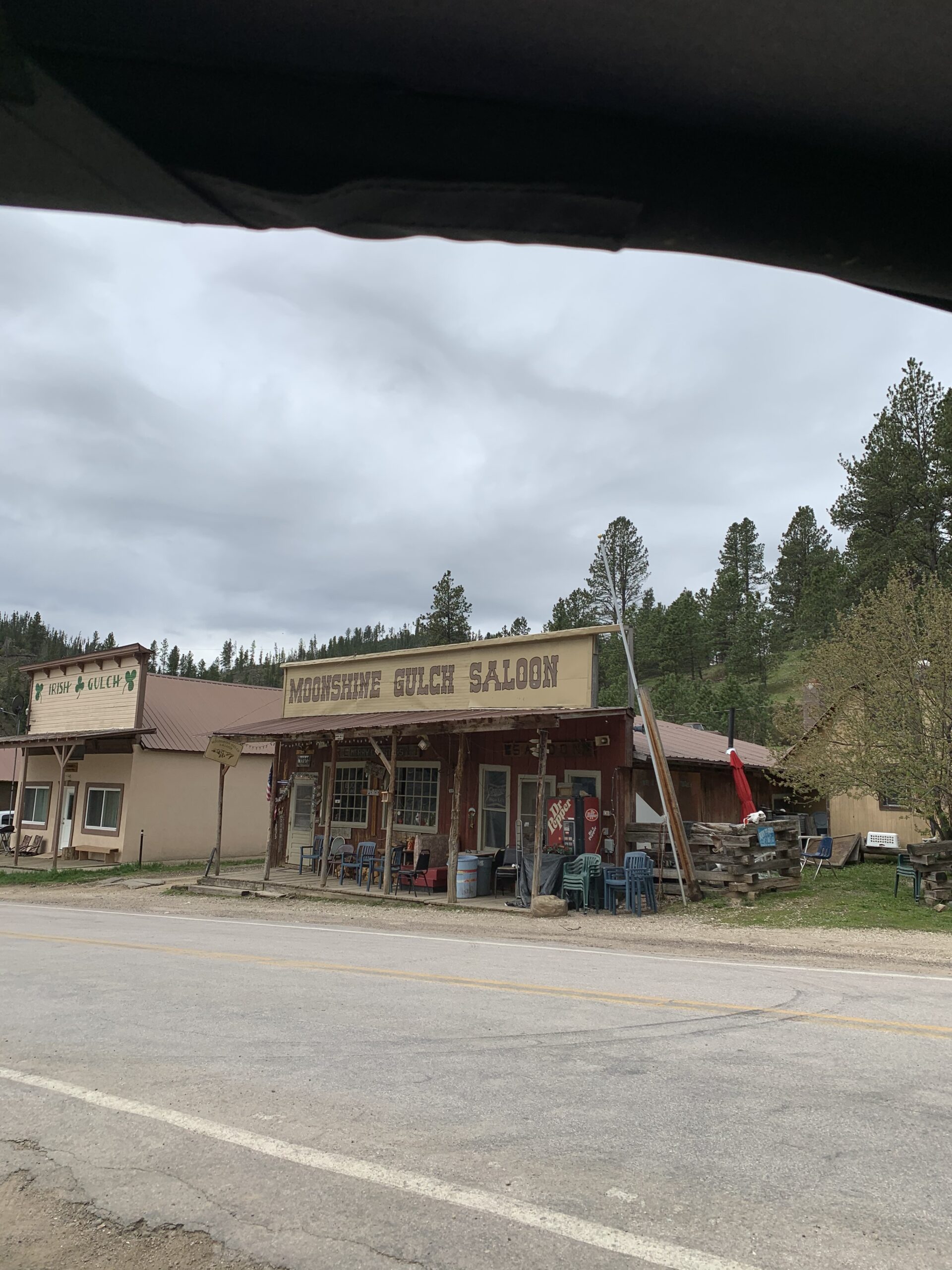 Just like riding a Roxor through the thousands of miles of trails here in the Black Hills though, you never know quite where you are going to end up when you start looking beneath the rocks of history. Our journey into the annals of Rochford took a dramatic turn on November 22nd of 1878, when we stumbled into one of the most notorious events of Black Hills history, being the holdup of the Canyon Springs Stagecoach, a possible link to Rochford, and some incredibly large lost gold bars. 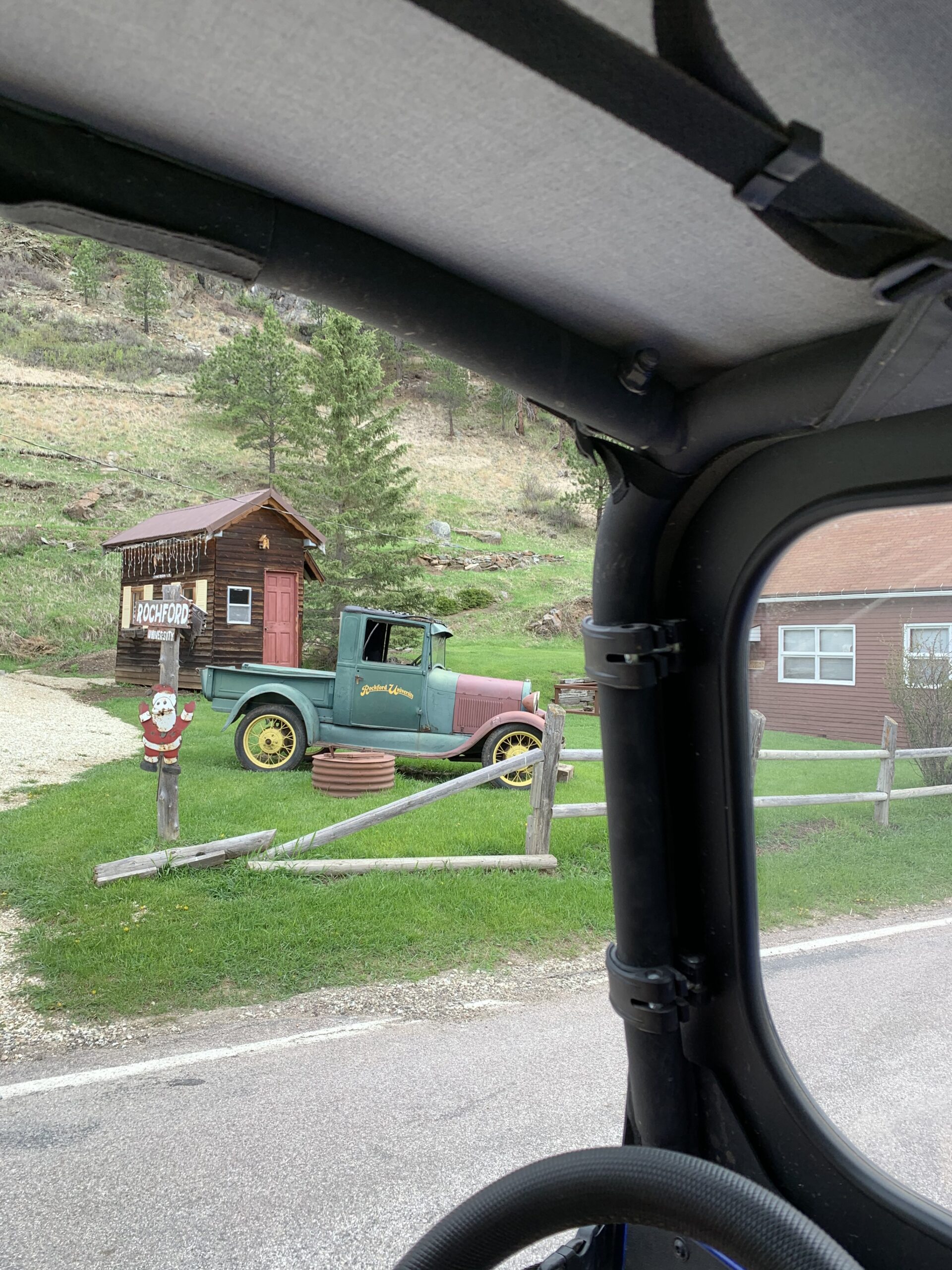 Researching the holdup, and the aftermath, is like trying to ascertain how big a fisherman’s catch was when no one else was around to witness it. If you read fifty different accounts, from fifty different sources, you will discover fifty entirely differing stories of what occurred. In fact, we found it difficult to find two tales that even named the same holdup men. 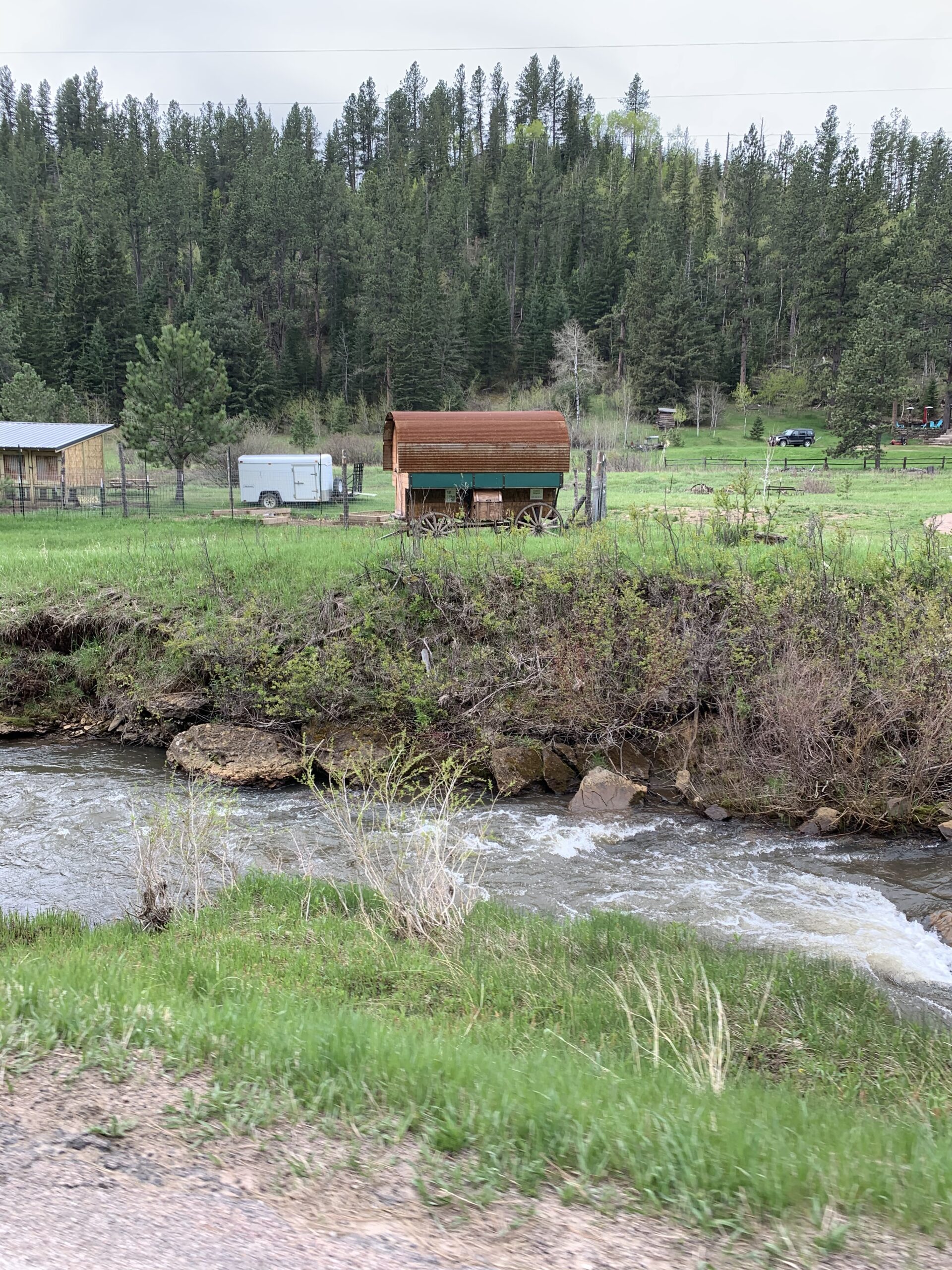 In part, the attribution of guilt to so many known rascals came as the direct result of so many posses setting out from different communities, and the lynching of so many different suspects, and the likelihood that each community would desire the moral high ground by claiming to have lynched the true perpetrators of the crime. At first, we had assumed that the good people of the Black Hills were simply fed up with so many robberies and stagecoach holdups. However, it did not take long for word to spread that the holdup included several hundred ounces of gold dust and bullion from the Homestake Mine in Lead. Rumors from multiple sources held that most of those lynched were hanged with the intention right up to the last, to discover the whereabouts of the stolen gold…and likely not with the good intention of returning it to the almost universally despised George Hearst & Company. 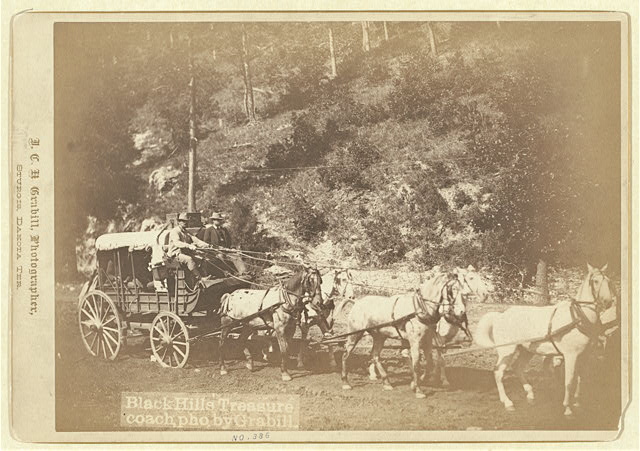 Perhaps the only honest account comes from an unapologetic Deadwood Times regarding some suspects, who, while likely completely innocent of the crime in question, were regarded as probably having it coming to them anyhow. Two were dead and one had been shot and awaiting a trip to prison while suffering from a gut shot.

From the Daily Press Dakotaian, attributed to the Deadwood Times, November 22, 1878:

“It wouldn’t be anything remarkably strange if it turned out that McLaughlin, Mansfield and Price had had no hand in the Canyon Springs stage robbery. Price, the wounded bandit, who is now in the Sisters’ hospital in this city, and who was a partner of McLaughlin and Mansfield, says they arrived in this section after the above robbery had been committed. And the fact that there were only five men engaged in the robbery, and the further fact that at least five men, known to have been engaged in that affair have been disposed of in one way and another, gives his story a coloring of truth. At least we are unable to harmonize the facts in the case if we count in the parties named above. For instance, there was one robber wounded on the spot, and it is generally believed that he died and was buried in the Hills, in the section of country about Rochford. But admitting this to be a mistake, there were three of the gang who escaped by the Fort Pierre road. One of these was badly wounded and those who seen him, thought fatally; another, the fellow who rode the bay horse and acted as advance guard to the wagon containing the bullion and the wounded man, is now in the Pennington county jail, and the other bandit-well, he ain’t in this country. This disposes of three of the band, saying nothing of the fellow claimed to have been buried near Rochford. Then there is Dug Goodale, who was arrested at Atlanta, Iowa, with his portion of the swag in his possession and Al Spears, recently arrested at Wood River, Nebraska, with the evidence in his possession. This makes the number who were engaged in the Canyon Springs robbery, and there is no mistaking them, for the bullion, jewelry and other evidence of their guilt was found in their possession and recovered. This, then, leaves Price, McLaughlin and Mansfield out in the cold so far as the Canyon Springs affair is concerned. But we don’t want to be understood as pleading their case, for we believe, on general principles, they received their just deserts; but we give the facts for the guidance of the future historian of the Black Hills, and for the news they contain.” 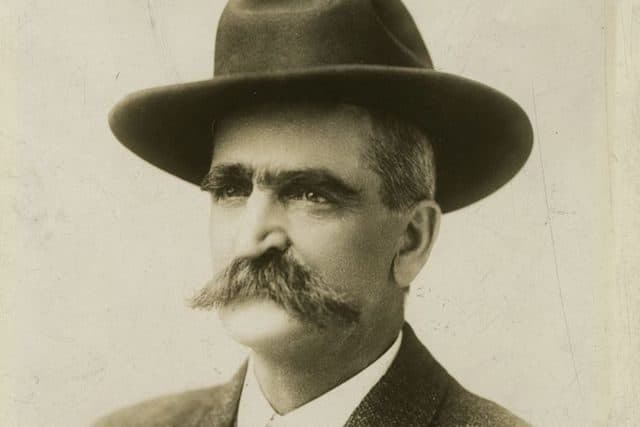 Again, the accounts of this who done it vary so wildly that none may be accepted as completely truthful. One version was even recorded within a book by the legendary Seth Bullock of Deadwood, being a somewhat reluctant posse leader as he held no formal title at the time and was busy running a hardware business. But, historically speaking, many of the most famous names from Old West history, like Bullock, remain famous, because they were great self-promoters, and therefore, often, not always the most reliable sources of facts. 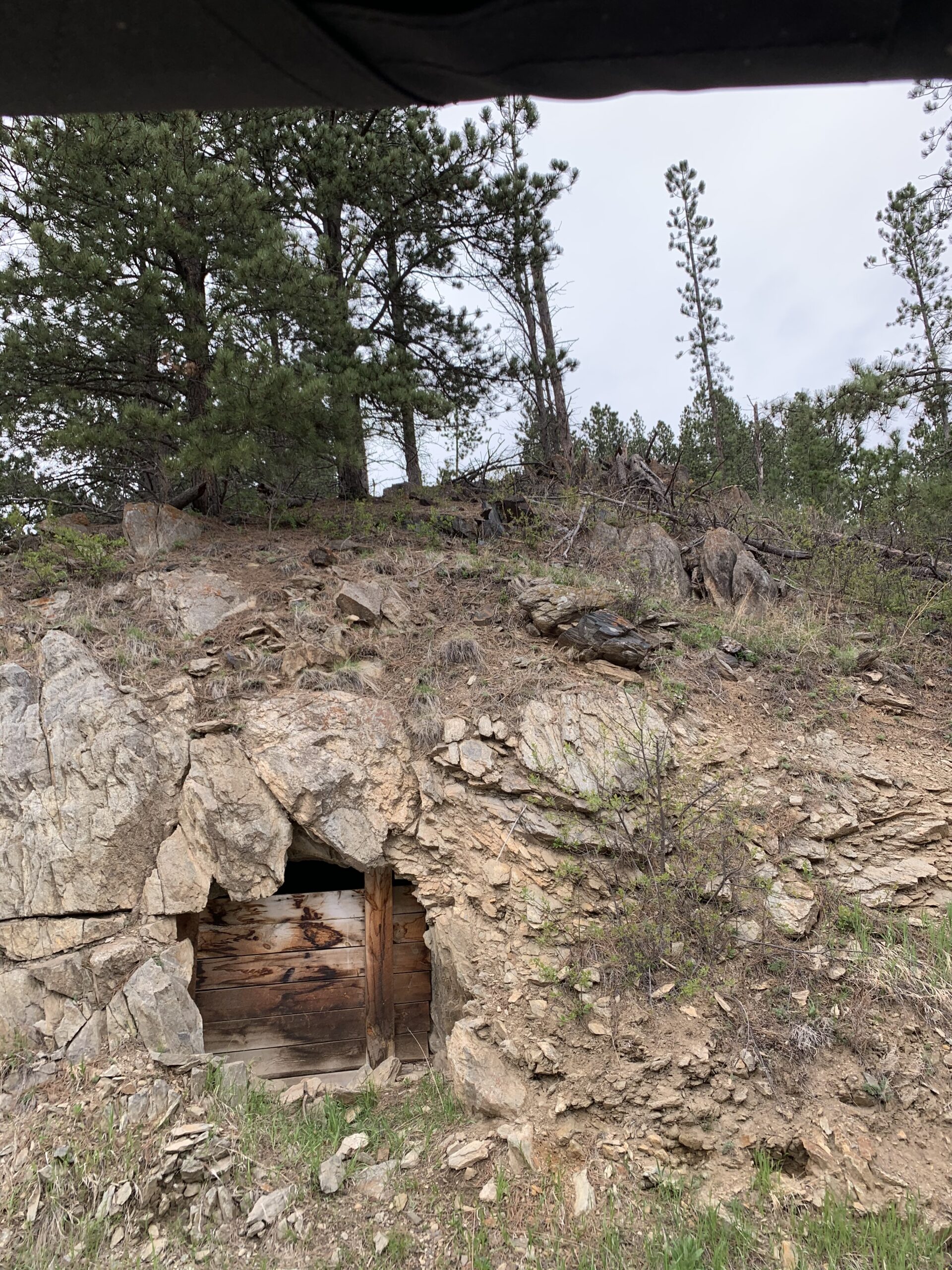 No sense looking for lost gold in abandoned mines like this one outside of Rochford along Rochford Road. At the time of the robbery these mines would have been full of miners and it would have been the worst hiding place in the world.

Drawing from numerous sources, what can be verified is only that sometime in September of 1878 (even the actual date is in question as sources rarely agree), the Homestake Mine in Lead sent out an armored stage coach containing at least a thousand ounces of gold powder and bullion. The gold was stored in a locked box which was advertised as being impregnable by road agents in case of robbery. 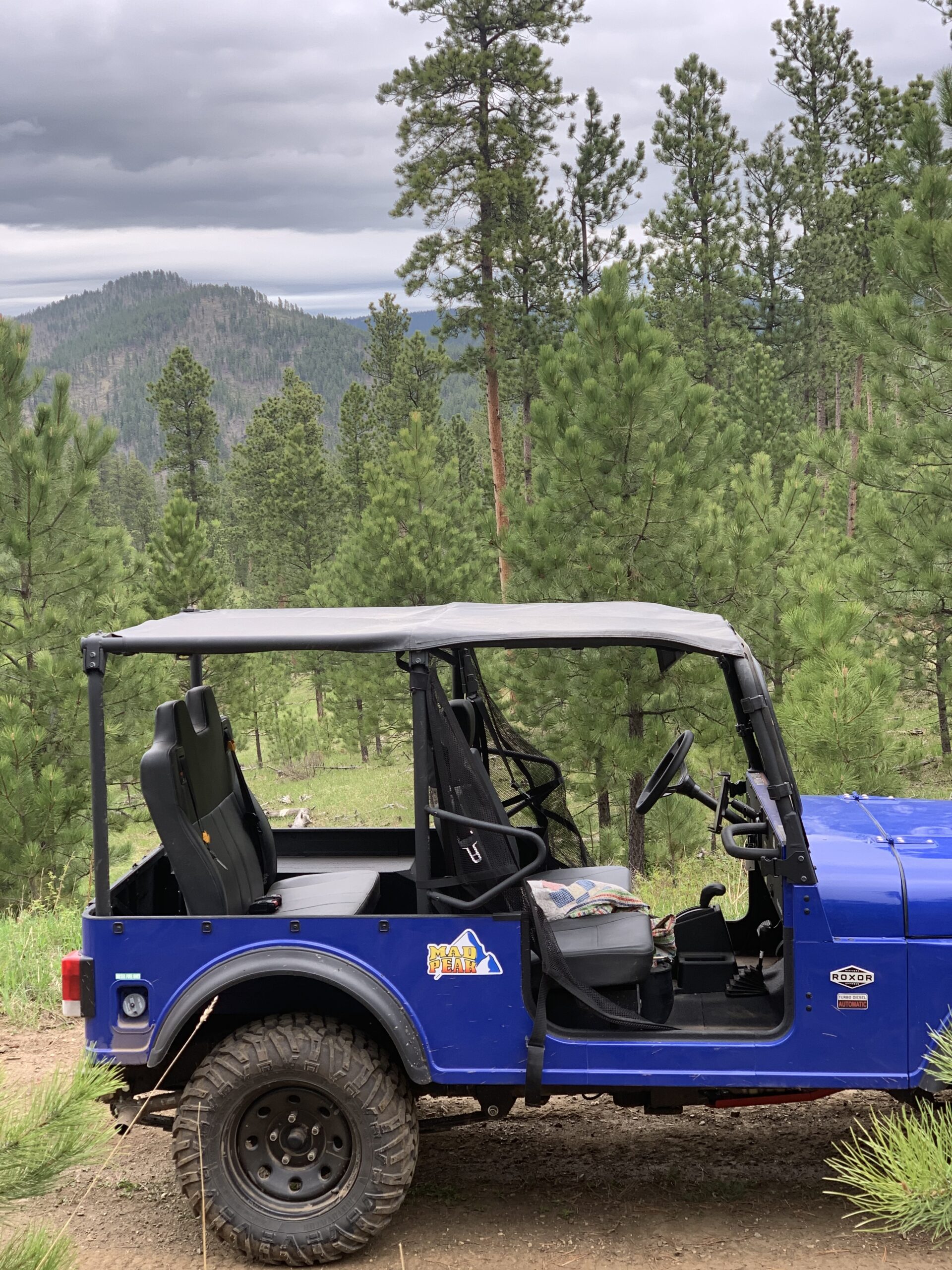 When the coach made a scheduled stop just across the border in Wyoming near Four Corners, at Canyon Springs Station, five bandits set upon it, and a gunfight followed. One guard was killed in the fight, and at least two injured. The robbers then tied the survivors to trees and locked the attendant inside a granary, where they were later found by riders sent to discover the whereabouts of the missing stagecoach. The road agents had quickly made entry to the supposedly impregnable locked box and loaded the gold (and other rumored treasures) into a wagon alongside an injured cohort and rode off to the East back through the Black Hills. What is widely agreed upon is that from somewhere between the Rochford area, and the Wall area where they split up in the night and narrowly escaped capture from two posse groups, one led by Bullock. The outlaws had abandoned the wagon, buried a dead accomplice who had been injured in the gunfight, and hid the two heaviest gold bars, weighing a combined 284 ounces, the smallest being a recorded 115 ounces. 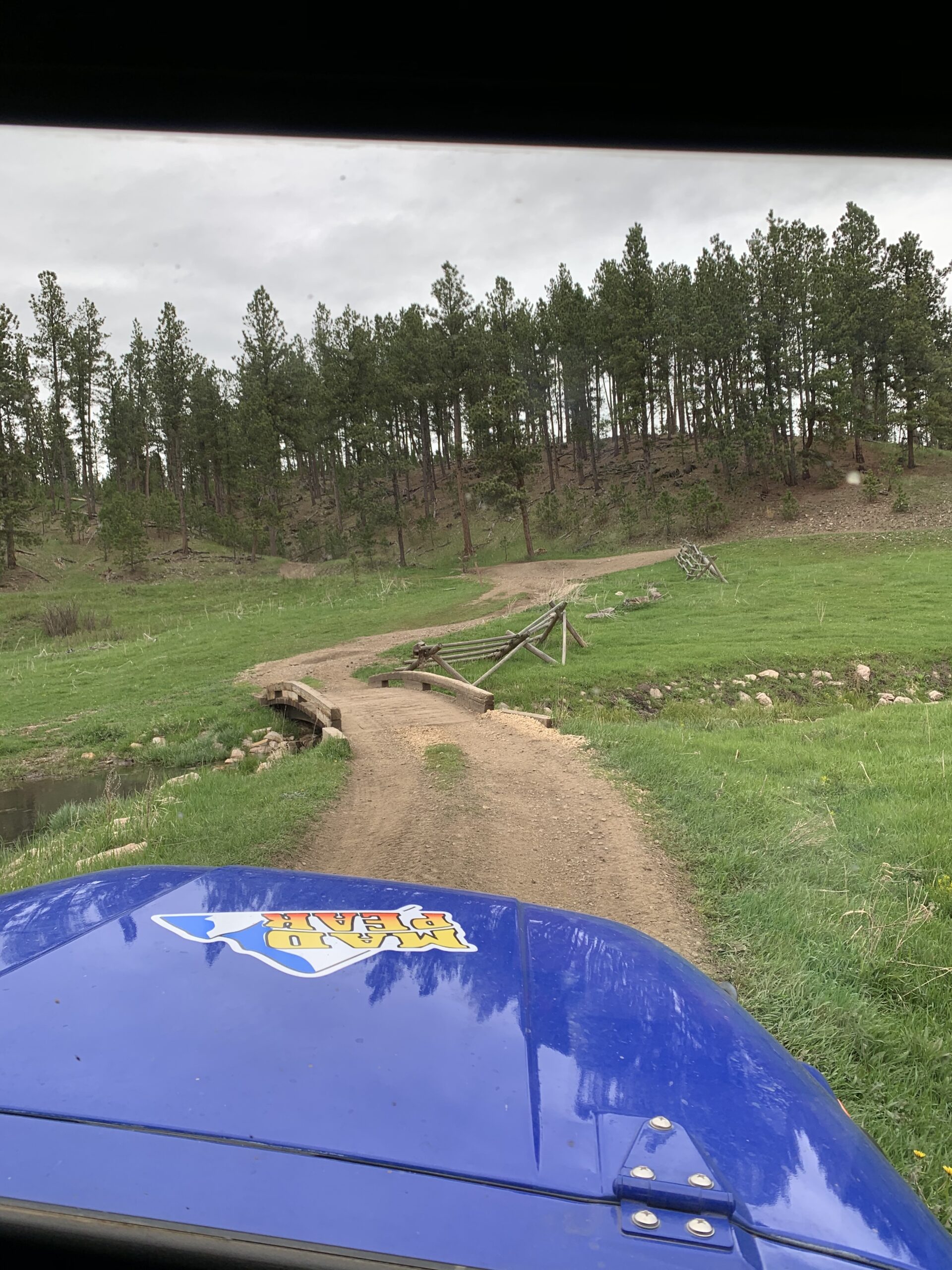 In 2020 prices, those two bars alone would be worth almost half a million dollars. So, there is still gold in them thar Hills somewhere, maybe buried not so far from the dead bandit? Or simply, hastily placed beneath a heavy stone in some recognizable spot? 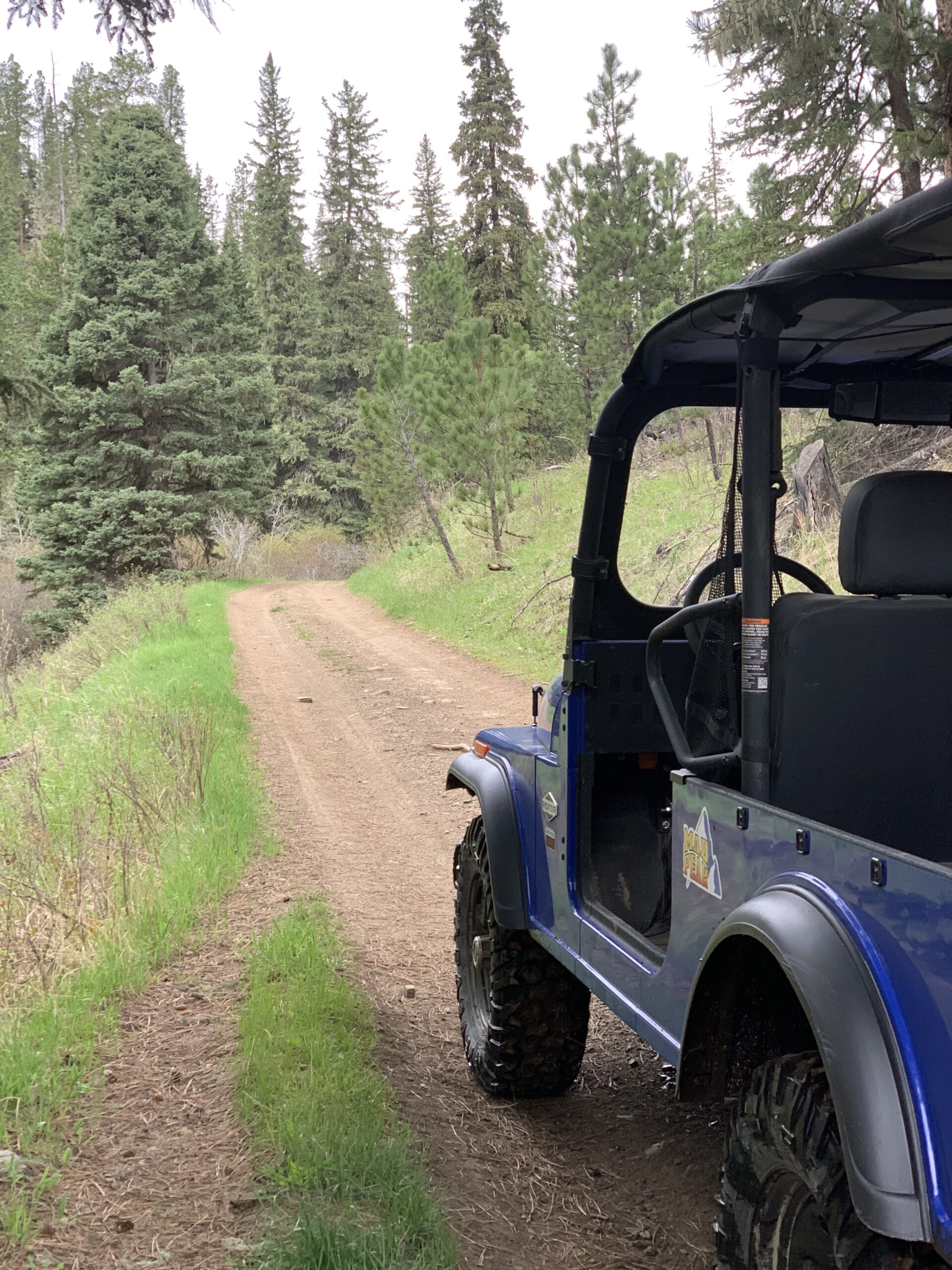 We are sad to report that after a long ride through the trails adjacent to Rochford Road, that we have thus far failed to find the lost gold bars. But, like the miners from the days of old, come to seek their fortune in gold, the Black Hills does not always reveal the treasure you are looking for, but every day spent among them with friends, loved ones, or even alone amongst these rocks and trees, is a treasure in and of itself. 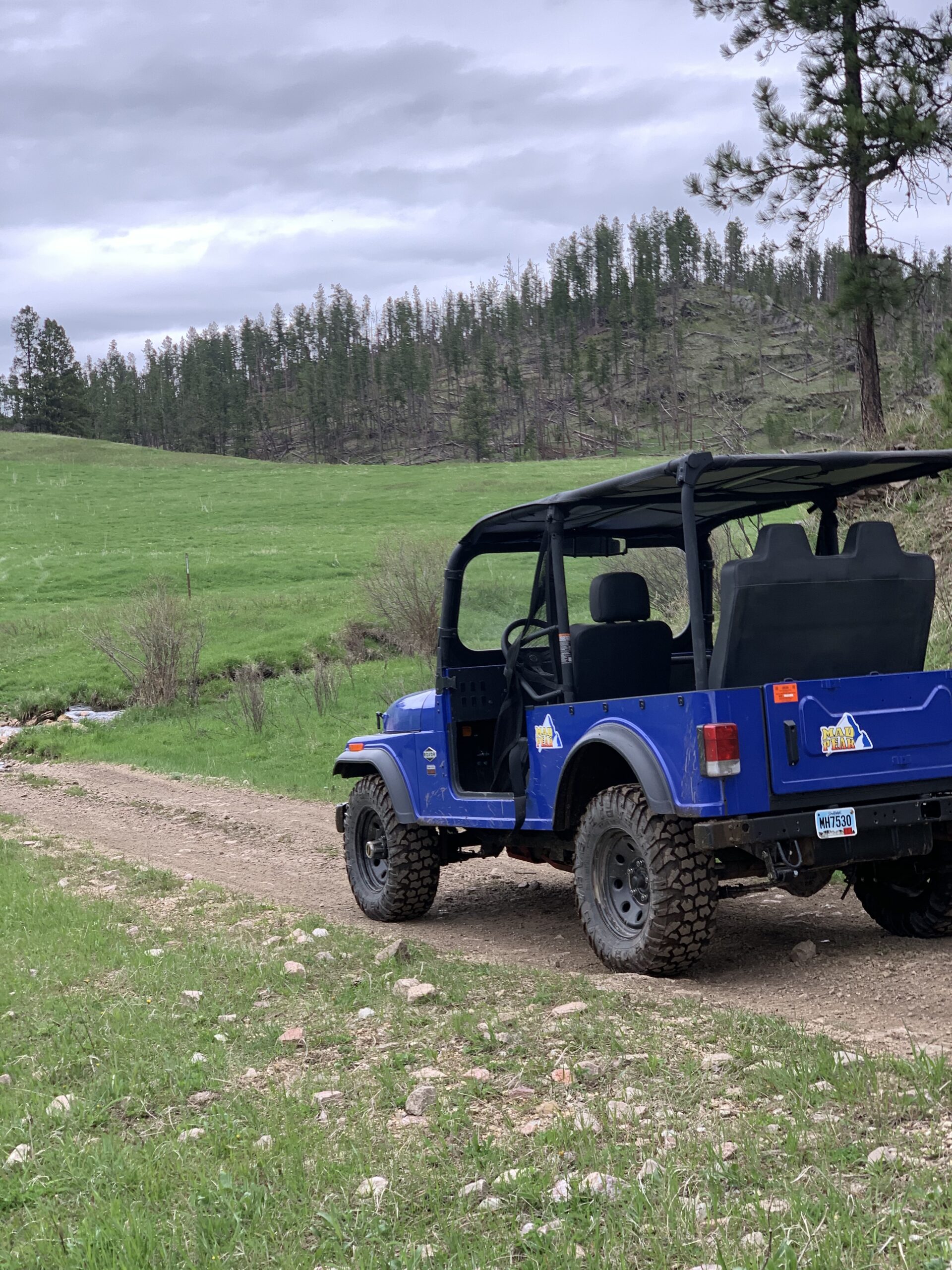 Mad Peak Lodging and Roxor Rental is just 13.7 miles north of the old Rochford Road, where dozens of riding trails, possible lost gold, and countless adventures await. Call us to plan your next journey today, and who knows what treasures you might find in the legendary Black Hills of South Dakota. 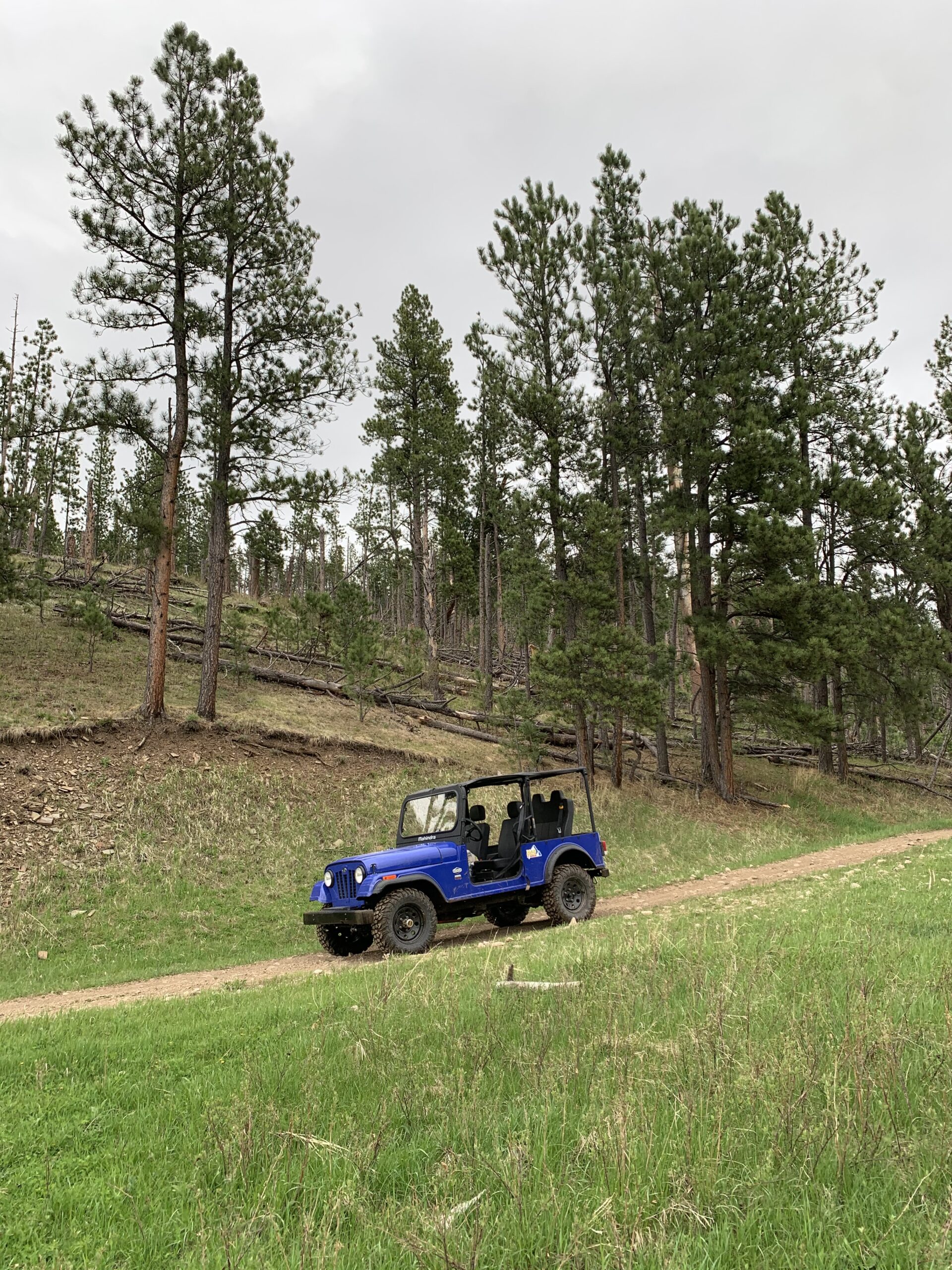