Pig the Bulldog says, “its time to hit the road in a Roxor!”

Yesterday morning, our Black Hills Adventure began at Mad Peak Lodging and Roxor Rental on Highway 385, south of Deadwood. It did not take long for us to discover our adventure either, since Custer Peak Road is less than four miles south. A short trip past campgrounds and we followed well marked roads to the trails leading up to Custer Peak. From there, we found numerous unmarked forks in the trail. Other days, we would have simply followed our gut and took whatever awesome scenery and discoveries the Hills provided us with. On this trip, however, we were lucky to be armed with a map and a trail loaded tablet provided by Mad Peak Roxor Rental, or we would have likely never made it to our destination. 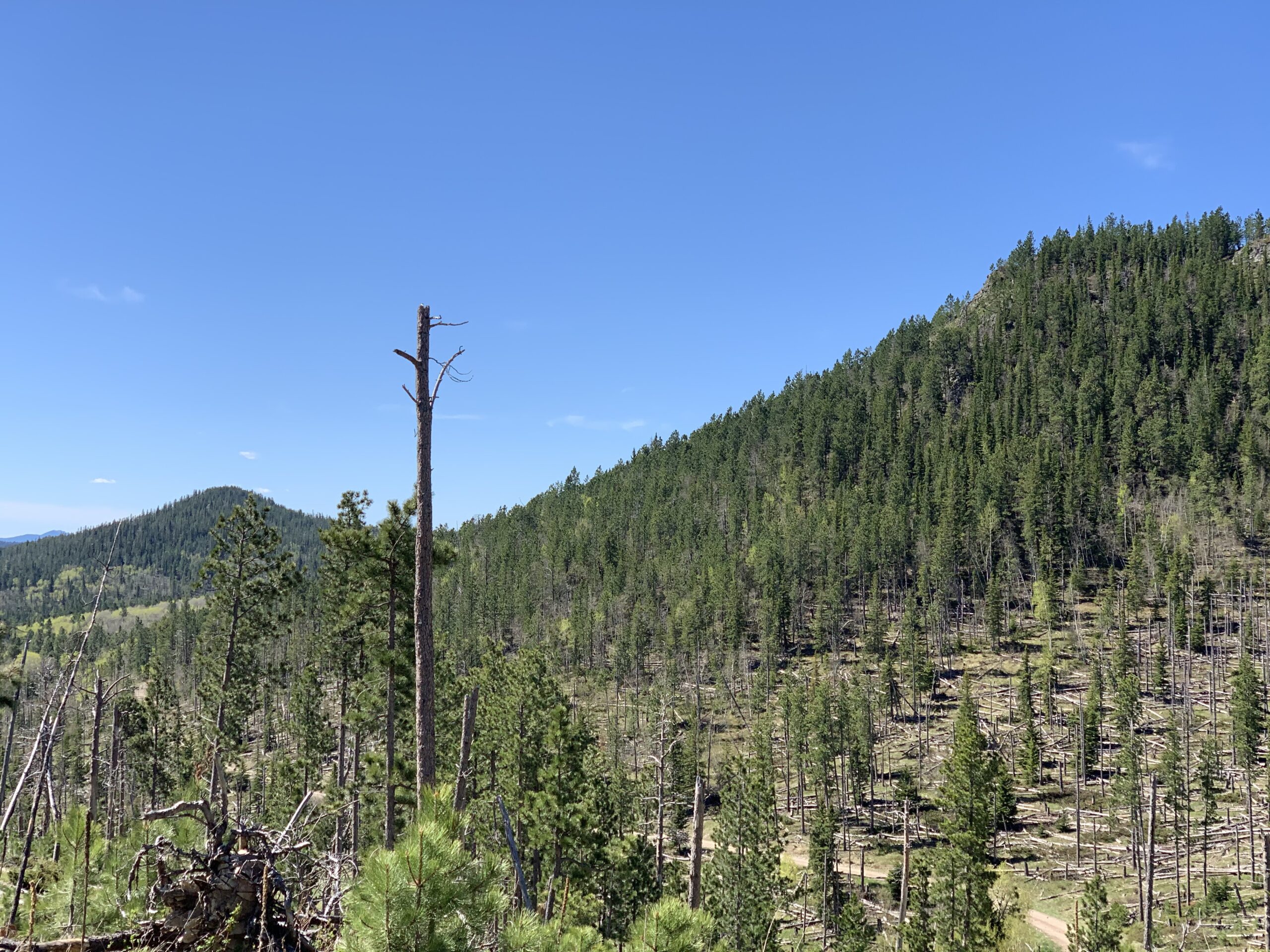 The trail is at times steep and rocky with several tight switchbacks winding up through hills and providing spectacular views of valleys below as it climbed up around the mountain. The air was crisp and clean, and the smells of the pine forest delighted our senses. 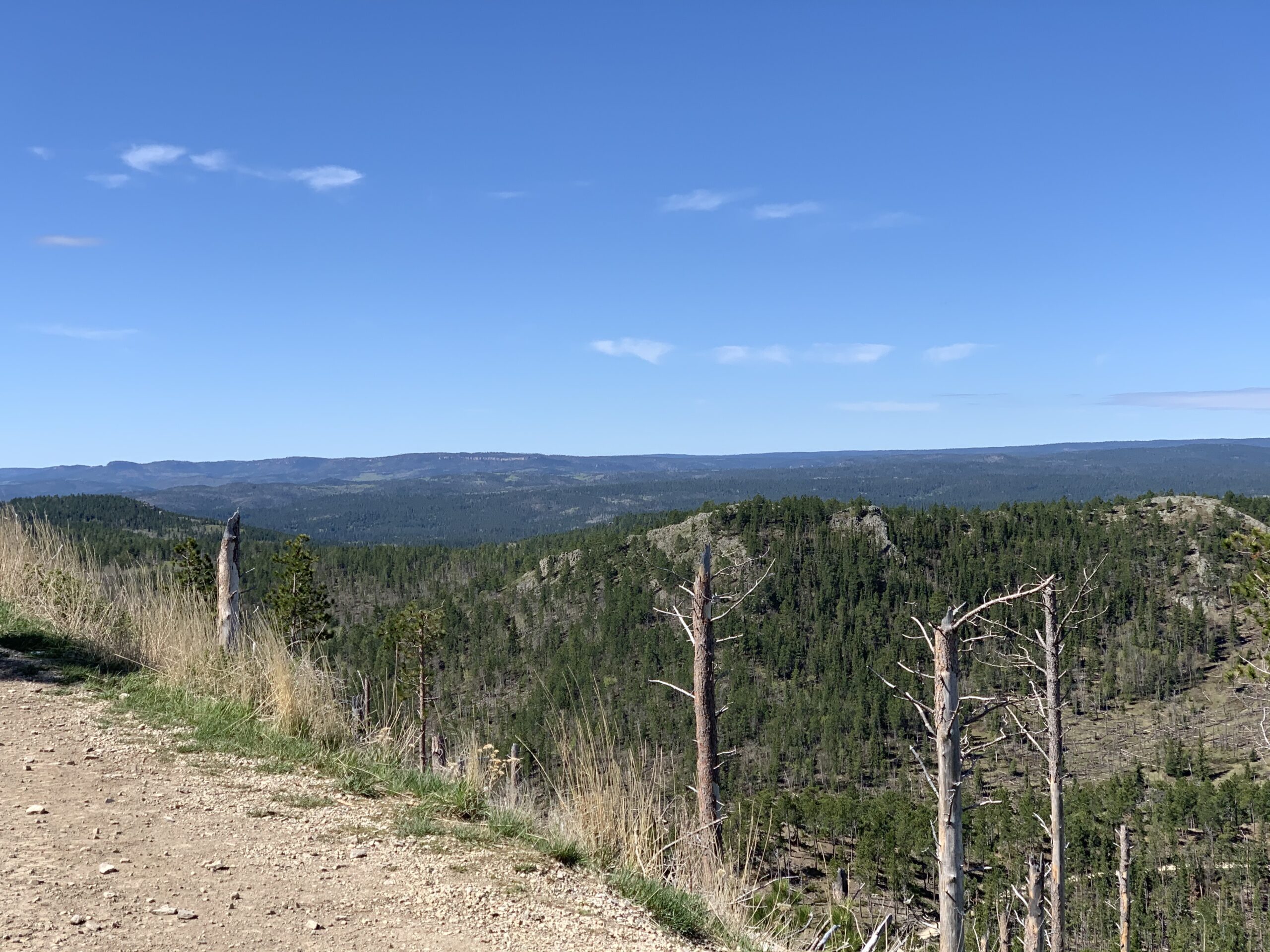 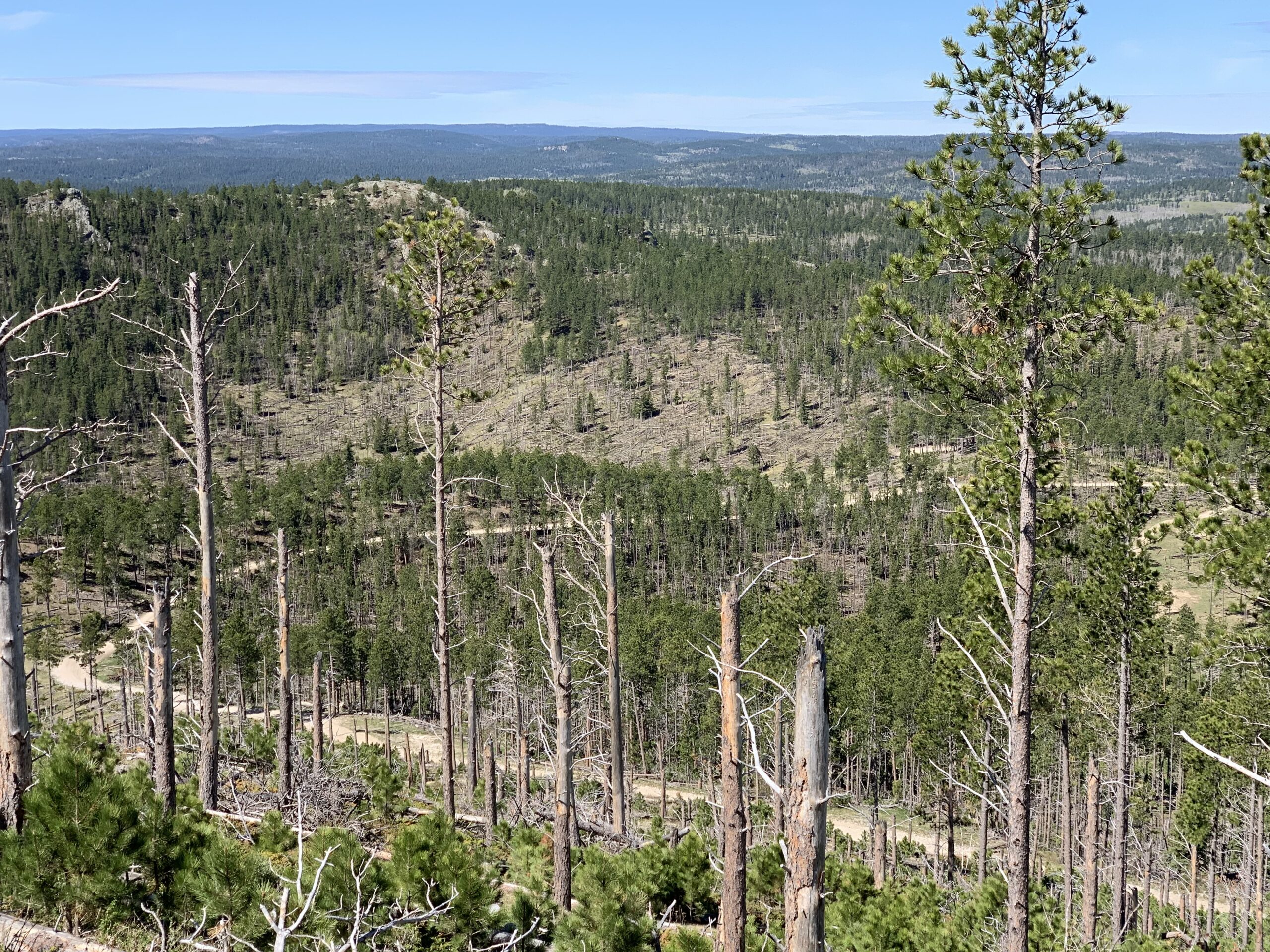 Within half an hour of departing Mad Peak, we found ourselves at the summit of Custer Peak, admiring the 360-degree views of hills and valleys stretching dozens of miles in either direction once only enjoyed by the watchmen in the fire tower. It must have been a grueling journey in 1911, when the first fire watch manned the post, and still today you can only get there by a UTV or ATV. 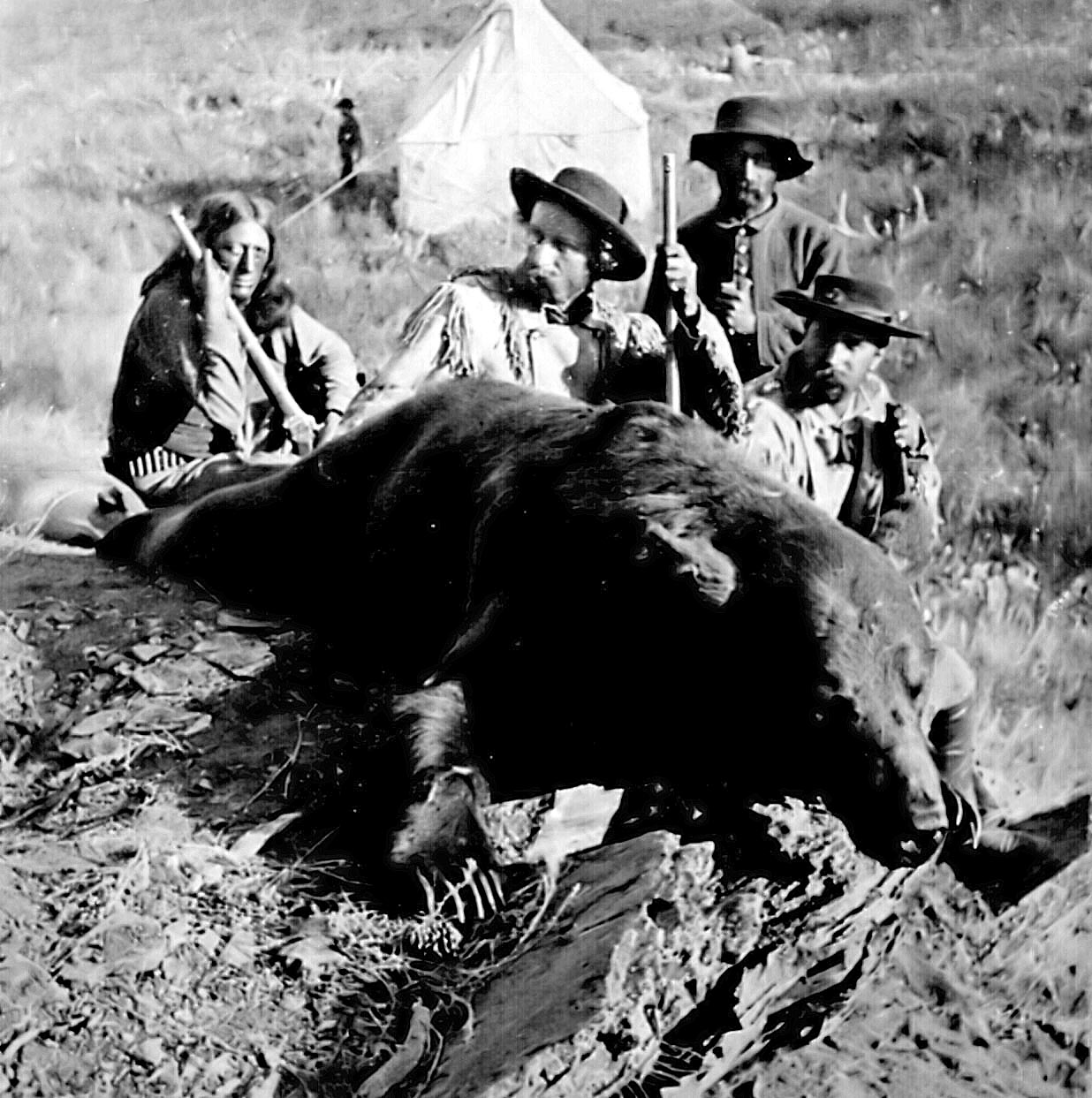 The peak, named for General George Armstrong Custer, enjoys one of the finest views in the Northern Black Hills at 6801 feet above sea level. Custer, who led an exploratory expedition into the Hills in 1874, bragged about having killed a grizzly bear nearby in August of 1874, calling it the greatest hunting accomplishment of his life. On May 7th of 1886, The Warner Sun reported that “very rich silver rock has been discovered in an entirely new district between Terry and Custer Peak.”
In July 19th of 1890, The Madison Daily Leader reported that from Custer Peak “with a good field glass, the flag staff erected on its summit (Harney Peak’s) by General Custer’s Command in 1875 can be distinctly seen.” Bet that reporter wished he had a Roxor to get to the top!

Then on August 4, 1905, The Black Hills Union reports that “J. Chas. And Frank Sherman are home from Custer’s Peak on business but will return soon. The boys report things as looking exceptionally bright in that district, the Custer Peak Company having struck a forty-foot vein on three percent copper ore on the two-hundred-foot level.”

The most valuable treasure discovered on Custer Peak was not silver or gold or even copper though. It came of the form of the countless lives that were saved by the fire watchmen who manned the post alongside their families beginning in with the first wooden structure erected in 1911. That first structure had only wooden shutters for windows and the flat platform surrounding it did not even have handrails. 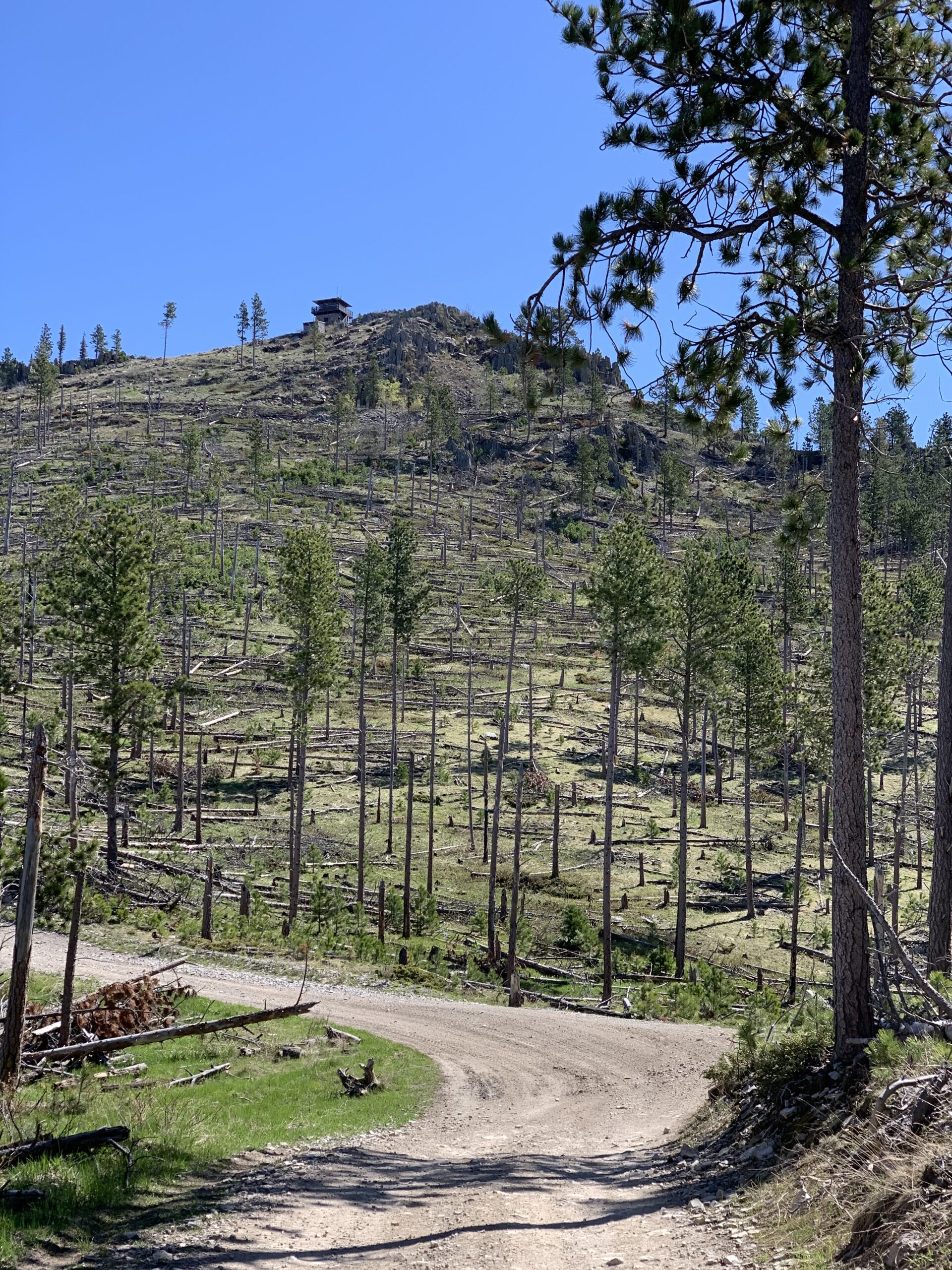 The current stone structure that stands on the summit yet today was constructed in 1941 by the Civilian Conservation Corps (CCC) out of native stone and designed by architect W. Ellis Groben to compliment the surrounding natural environment. 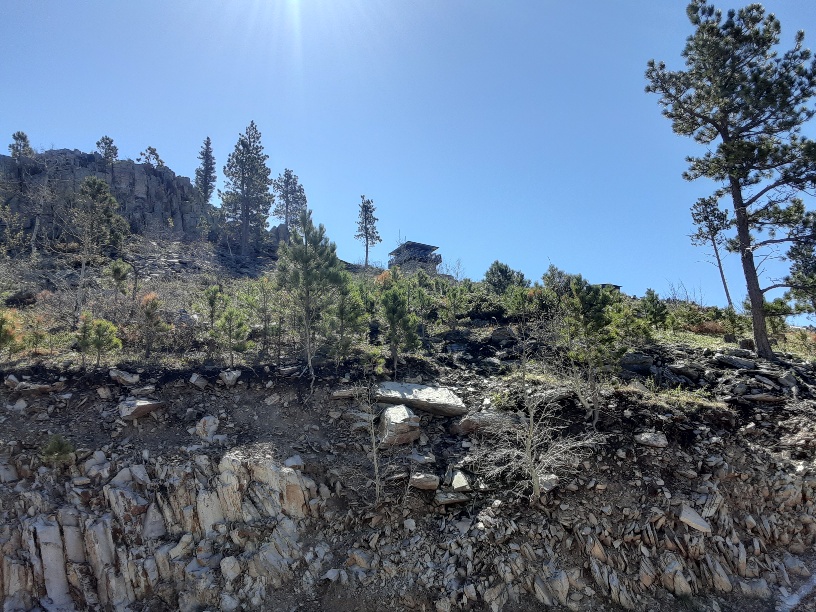 While the annals of history show countless distant fires reported by the watchmen who resided in the summit towers, there are a few reports of instances where the excitement was a bit closer to home.

One such incident comes from The Weekly Pioneer Times on June 11, 1914, which reports, “The family of Frank Tower, the forest service lookout on Custer Peak, had a narrow escape from death Friday afternoon, during a terrific electrical storm which swept that portion of the Black Hills. At the time, about 4 o’clock in the afternoon, the lookout himself was absent and the station was occupied by his wife and child and Mrs. Tower’s sister. Several sharp flashes of lightning warned them that they were in danger and they took refuge in a storm cellar, which had been dug on the peak, as a place of safety in just such emergencies. They had scarcely entered the cellar when there came a vivid streak of lightning, which struck the station, broke the windows of the building, burned out the ground wires of the telephone and destroyed the instrument. The furniture was thrown about the room and one side of the building was scorched.”

Another was reported in the Lead Daily Call on May 19, 1948, which stated that “Lightning played around the fire lookout station on Custer Peak Monday night to such an extent that Jim Meyers, lookout, suffered electric shock. The station was filled with electricity for some time during the storm, and he came to Deadwood Tuesday for rest and treatment.” 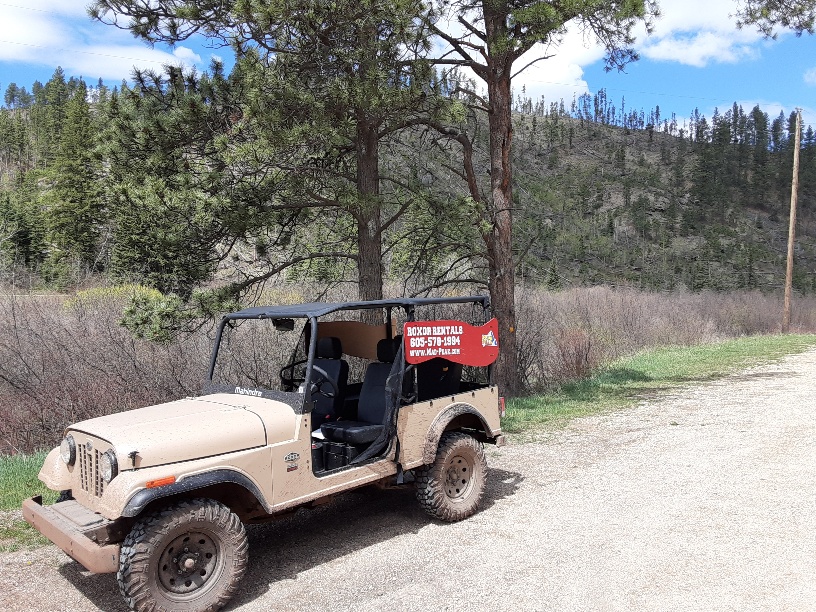 Fortunately for us, the most shocking thing we encountered were the awesome views and the comfort we maintained in the Roxor while climbing rough, rocky and difficult terrain. Heading south from Custer Peak, we followed trails through more hills and meadows and allowed ourselves to get lost along the way and just enjoy the journey, no matter where it took us. 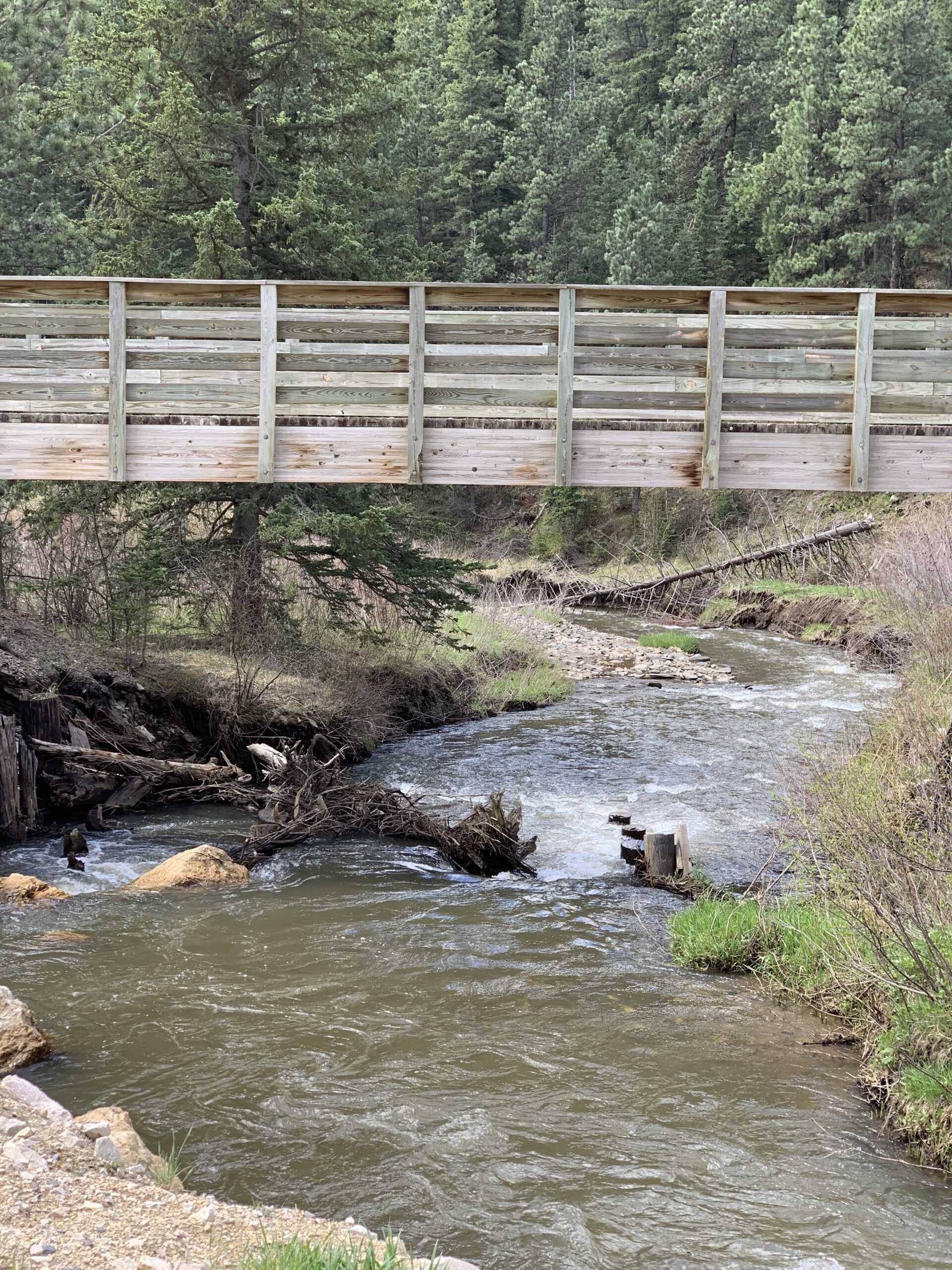 We ended up emerging near the neat little town of Rochford and drove the Rochford Road back to Highway 385. The road is mostly gravel, wide, and meanders along through deep valleys alongside beautiful streams and overlooking portions of the Mickelson Trail. Tempted as we were to see where the dozens of trailheads along Rochford Road might lead us, we were pressed for time and had to get back. Another day, another Roxor ride, and we will find out though! 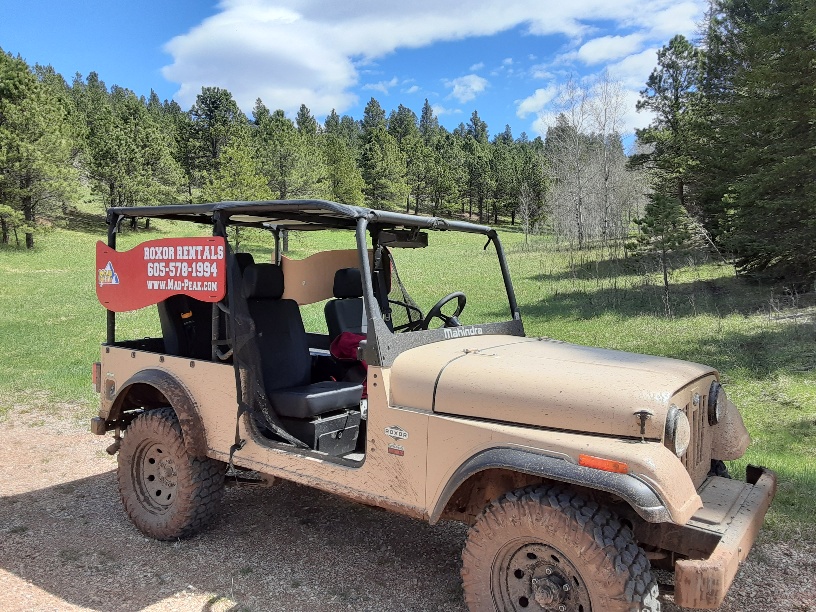 We were gone for just two hours and that is the point. There are few places on the planet like the Black Hills, where you can create so many breathtaking adventures in just a few hours and have so many options for doing so within just a few miles. And there is no better way we know of to start your own Black Hills adventure than to climb aboard one of the new four seat, open cab Roxors from Mad Peak Lodging and Roxor Rental.

If you and your family are considering a trip to the Black Hills, give us a call. At Mad Peak we have beautiful accommodations as well as Roxors for rent, and there are dozens of trailheads within a mile of our location for you to start exploring the 3,500 miles of ATV/UTV trails here in the Black Hills and creating an adventure of your own worth remembering.